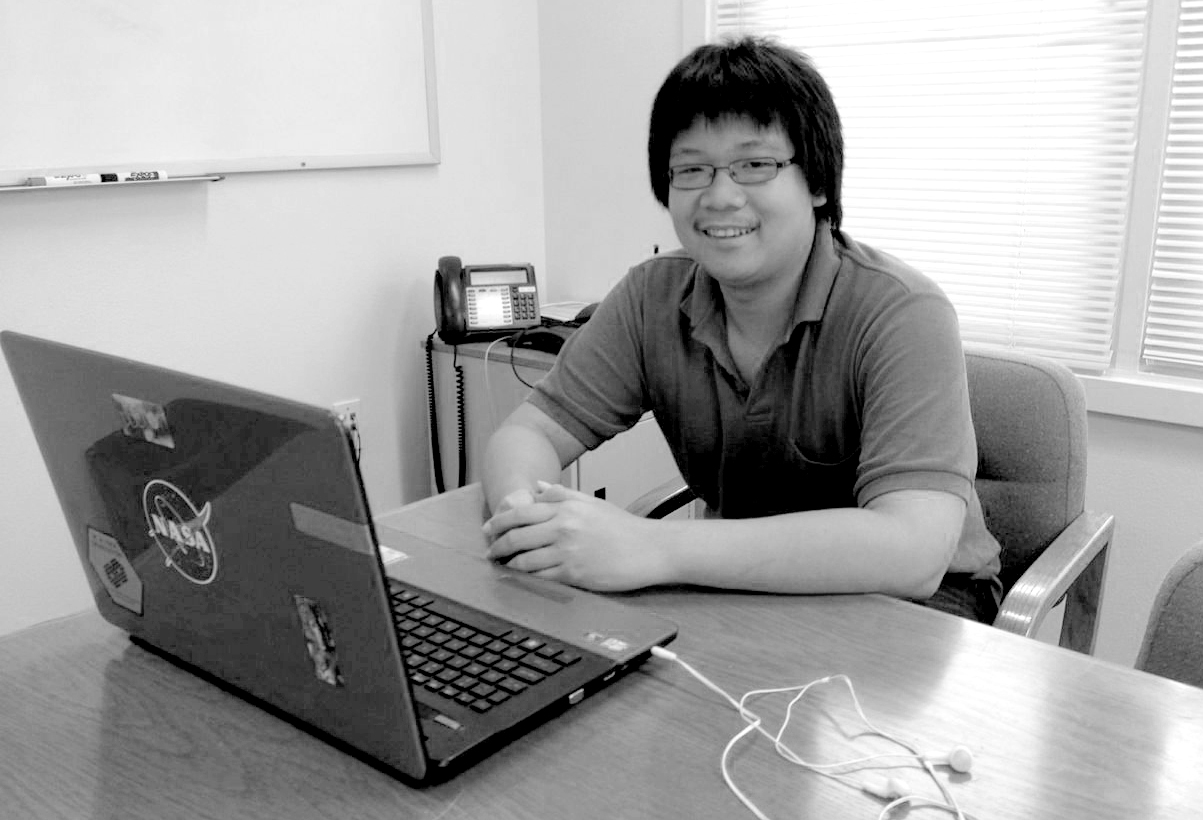 Collin graduated from Moanalua HS in 2008.  He has completed his pre-engineering courses at Leeward CC and will be attending UH Manoa starting in Fall 2013.  Eventually he would like to obtain a doctorate in Electrical Engineering.  Collin loves computers and is interested in alternative means of energy production.  His hobbies are video games, going to the beach, and hanging out with friends.

The business of conducting observational astronomy requires many mechanical and electrical components to gather the required data.  This translates into high electrical consumption and costs.  Every month, the two Keck telescopes use over $75,000 in electricity to operate both telescopes at the summit site.  Each Keck telescope strives to keep the temperature and humidity levels regulated inside its dome, so that there will be little difference in temperature between the outside night air and the telescope.  In order to maintain controlled environmental conditions, large air conditioning units are required.  To reduce the overall consumption of electricity, we investigated both mechanical and behavioral modifications within the observatory:
First, we compared an air conditioning unit with both a variable frequency drive (VFD) and a high efficiency fan motor to a “standard” unit that had neither.  VFDs can be run at lower speeds during cooler periods, resulting in less electricity consumption.  Also, replacing existing mechanical motors (air conditioning fans, or otherwise) within the observatory with high-efficiency motors can increase power factor (PF).  For example, when two glycol pumps were compared, it was found that the new higher-efficiency motor increased the PF by 20%.
Second, the Keck telescopes are currently programmed to have air conditioning units that run from 9 a.m. to 5 p.m., every day.  To determine if there were a later time-of-day that the air conditioning units could be started, the start times were varied for two weeks.  Through these tests, we found that adequate cooling was achieved when starting the air conditioners as late as 12 p.m.  This can save 3 hours of operation every day, without affecting telescope throughput or image quality.