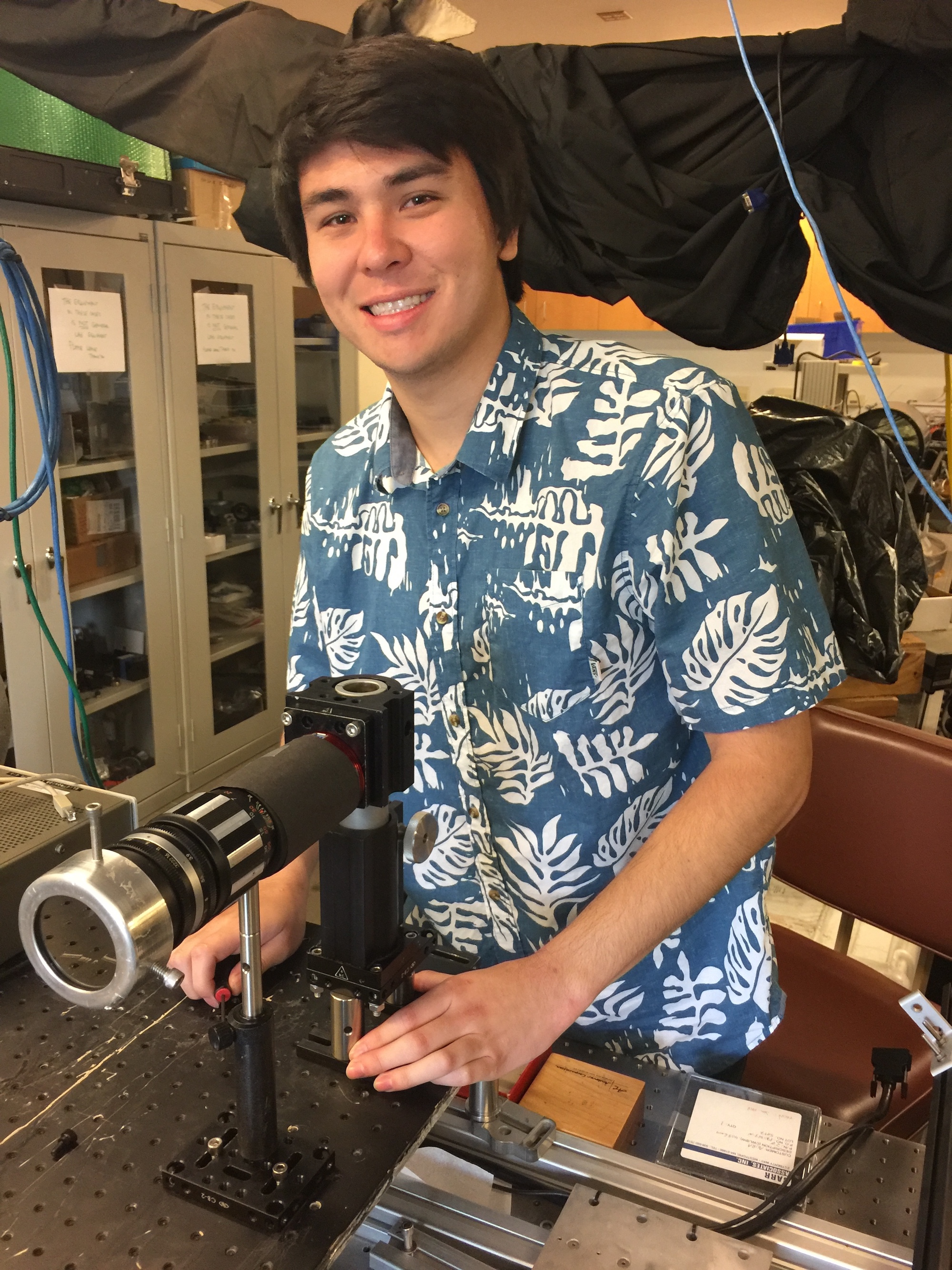 Michael Spetich is a Physics major and Math minor at Willamette University in Salem, Oregon, where he will be a senior this fall. He grew up on Hawaii Island in the town of Waimea, home to the W.M. Keck Observatory and the Canada-France-Hawaii Telescope. The island’s phenomenal night sky sparked his interest in physics, astronomy, and cosmology. He plans to attend graduate school to further his education in physics. Michael’s hobbies include running, biking, videography, and bodyboarding/surfing. He also is a huge movie fan.

A coelostat mirror is a circular mirror mounted on a machine that rotates and continuously reflects a portion of the sky. Coelostats can be used to test new instrument concepts as well as characterize new components before use at remote locations. Before the summer of 2017, the coelostat system at the Institute for Astronomy (IfA) Maui was operational, but in need of an upgrade, including integrating a new control computer and guider camera. These new components would allow the coelostat to better track an object such as the sun, moon, or stars by sending a reflection of it into the new guider camera in the IfA lab. Using guide software and drivers found online, we tested and attempted to get the ASI120MM-S USB 3.0 guide camera to command the coelostat to better track a star. We were able to connect the camera software, LuSol-Guide, with the software that commands the coelostat, coelostat control and TheSky6, and are currently testing the tracking/guiding capabilities. Once fully operational, this system will be used to test the Cryo-NIRSP and other instruments that require direct sunlight in the IfA lab.