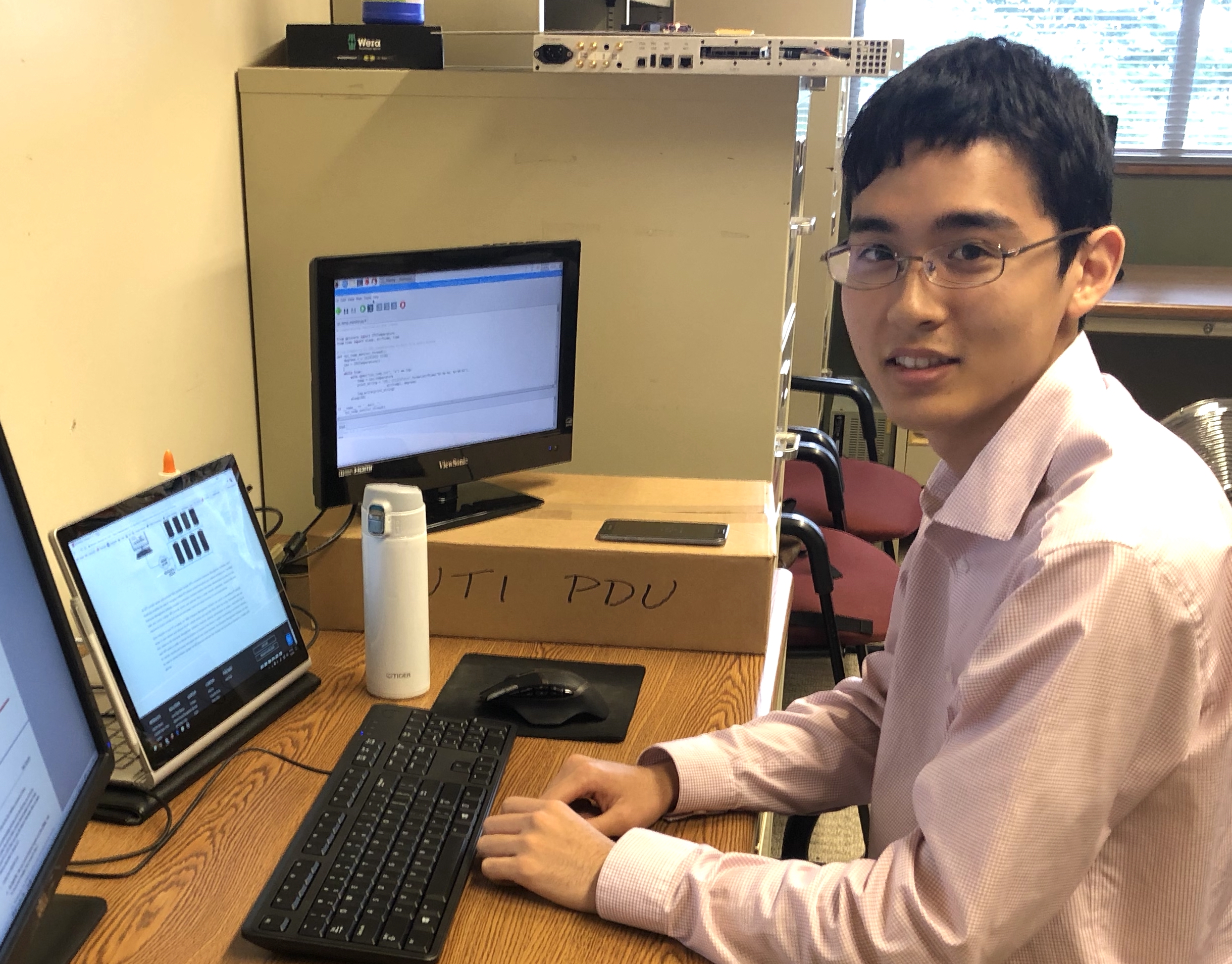 Sean was born in New Jersey but raised in Honolulu. He is fluent in English and Japanese, and learned Chinese in high school. He is graduating from Kapiolani Community College with an Associate degree in Natural Science – Pre-engineering and transferring to University of Hawaii at Manoa. He is pursuing a B.S. in Electrical Engineering there. Sean is interested in robotics and hopes to gain more knowledge in graduate school. His hobbies include playing the piano, playing basketball, as well as designing, building, and programming robots.

Akamai Project: Upgrading the Thermal Monitoring System with a Raspberry Pi at SMA

At the Submillimeter Array (SMA) located on Maunakea, there is a 20+ year old Motorola PowerPC, named Correlator Control (CORCON), that monitors and regulates the temperatures of the electronic equipment. Although the computer is still functional, it takes up a large amount of space; therefore, it would be desirable to replace CORCON with a Raspberry Pi — a small, inexpensive computer that can fit in your hand. The recovered real estate can then be used to house other electronic equipment. CORCON is outdated as well, as most of CORCON’s functions have become obsolete with technological advancements. Furthermore, all of CORCON’s code is written in C: a syntax heavy, low level language compared to the more widespread and popular language, Python, which is also platform independent unlike C. In order to begin the process of replacing CORCON with the Raspberry Pi, I reviewed CORCON’s code and identified functions currently in use. I then designed code in Python to enable communication between the Pi, power distribution units (PDU), and existing temperature sensors. To monitor the temperature, my code sends a signal to an I/O module, which processes and returns temperature values from the connected sensors. When the temperature values pass a threshold, the code sends commands to the PDU to turn on/off its ports. The code is easy to read and understand in Python, allowing future programmers to spend less time understanding and maintaining the code. I debugged and tested my program by creating a prototype test system with the Raspberry Pi, PDU, I/O module and temperature sensors. The prototype system will be taken up the SMA to compare the Pi’s performance against CORCON’s. Eventually, to fully replace CORCON, the Pi will also need to be able to communicate with the AC unit and incorporate a key software component that enables the monitored temperatures to be written to a shared distributed memory system.