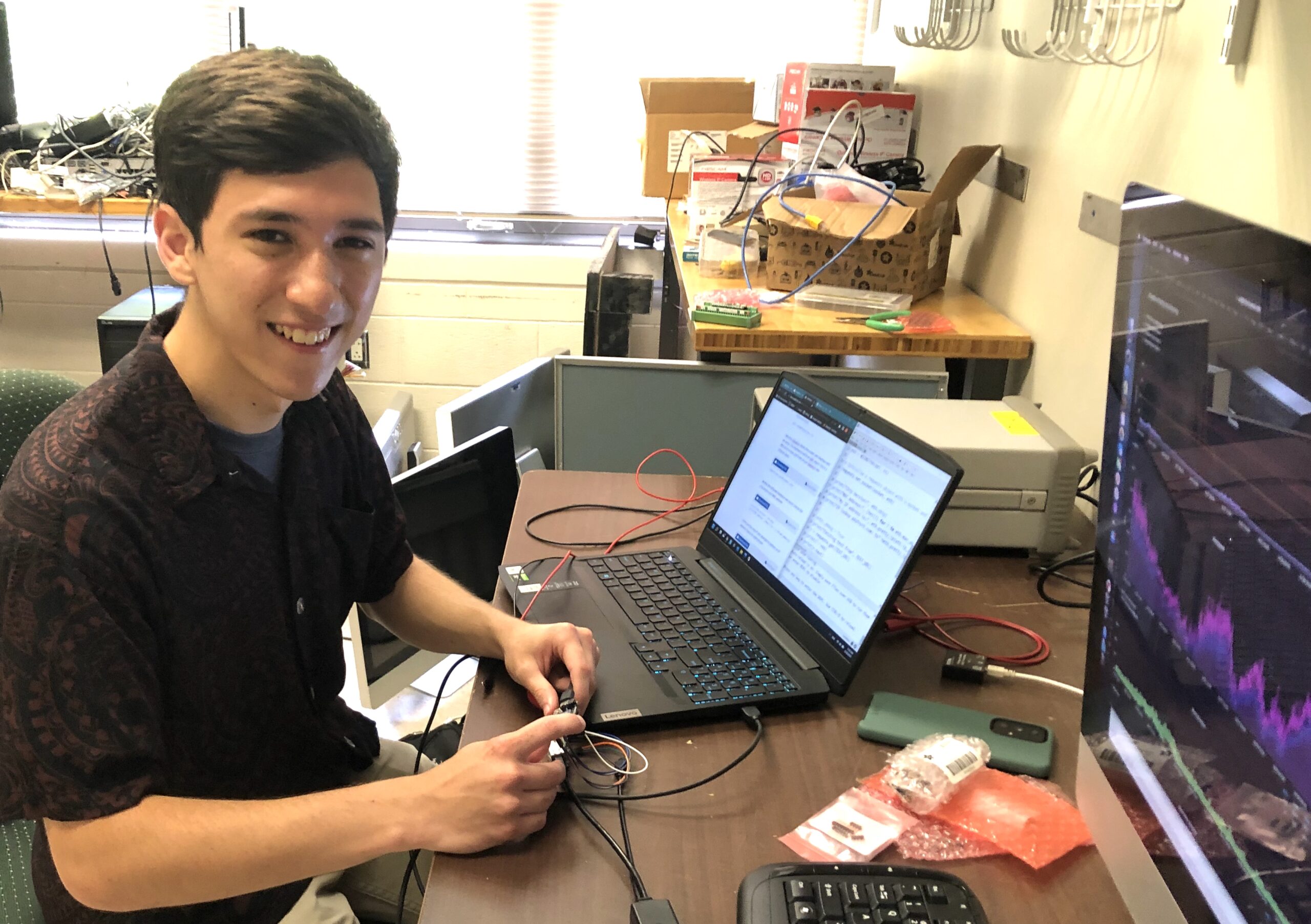 Taggart Nakamoto was born and raised in Kealakekua on the Big Island of Hawai’i. He graduated as a valedictorian and class treasurer from Konawaena High School in 2018. Taggart is now pursuing a Bachelor’s degree in Chemical Engineering with a minor in Computer Science at Brigham Young University. While pursuing his studies Taggart also acts as a research assistant studying molecular simulations of polymer structures. Outside of school Taggart enjoys skimboarding at the beach, hiking in the mountains, and solving puzzles, especially escape rooms.

The UH 2.2m telescope (UH88) has long been used by scientists to investigate objects within and far beyond our solar system. A key to maintaining this instrument has been monitoring environmental factors that could harm the UH88, including temperature extremes, humidity, direct sunlight, and particles or gasses in the air. Recent advances in microcontrollers–small, cost-effective electronics that have become popular in the last decade–have created the perfect opportunity to upgrade the sensor system. These electronics are less expensive than typical astronomical instruments and their common use in “do it yourself” (DIY) projects make them perfect for quick implementation. My project integrated these off-the-shelf microcontrollers and modular sensors using a programming language called CircuitPython, and packaged them into a compact array that logs sensor data via ethernet for later analysis. These sensors were then tested to increase stability, accuracy, and precision.  Running these sensors on the UH88 revealed that memory leaks and power surges could cause errors, but these issues were rectified with scheduled resets and memory cleanup. For temperature sensors, freezing and boiling points were used as references to ensure thermometer accuracy. Testing gas sensors with known concentrations of evaporated isopropyl alcohol similarly allowed for higher accuracy. Data collected so far has already revealed previously unknown fluctuations in carbon dioxide and water vapor concentrations, aiding the work of scientists down the mountain. We predict that further data collection will yield more insights and help improve the UH88.