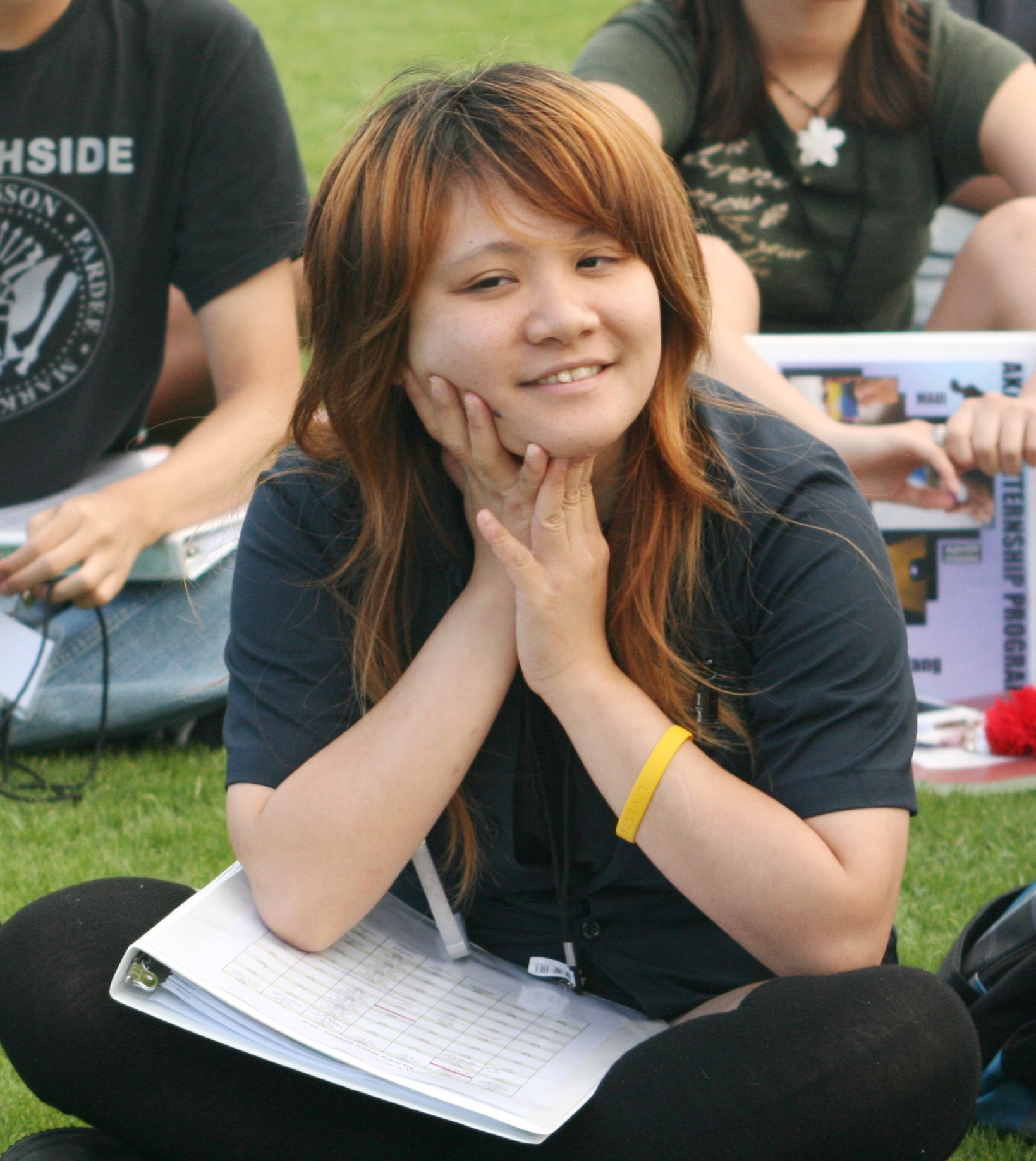 Yu Xian He was born in Guangzhou, China and moved to Honolulu when she was around six years old. She is currently a Physics major at UH Manoa, and she holds an Associate of Science degree in Computing, Electronics, and Networking Technology from Honolulu Community College and a Bachelor of Arts in Systems Administration from Hawaii Pacific University. Yu Xian is interested in becoming a telescope technician after finishing her physics degree, but she also has thoughts about pursuing a Masters in Astronomy. Some of her passions include drawing, dancing, and playing video games.

One of the instruments at the Canada-France-Hawaii Telescope observatory is MegaPrime, a wide-field optical imager that includes MegaCam, a 340-megapixel camera using state-of-the-art Charge-Coupled Device (CCD) detectors.  As good operational practice, rigid procedures are followed and checked off when installing and removing the instrument onto and from the telescope.  A few of these procedures are manual and physical processes, while most others can be automated.  Engineers currently utilize hard copies of the procedures and manually mark off completed steps in the procedures.  A software electronic checklist program is being developed to streamline the process.  This project started off with another instrument’s checklist, which was modified for MegaPrime.  Like a paper checklist, each item can be marked off at completion on the program’s Graphical User Interface (GUI).  Through this GUI, a user is able to retrieve MegaPrime’s system statuses from a server and enter additional comments for each procedure.  The program is now being finalized to incorporate functions to complete the automation.  In addition, the checklist results will be archived for future reference.  Utilizing this checklist is expected to improve the efficiency of completing MegaPrime’s operations.