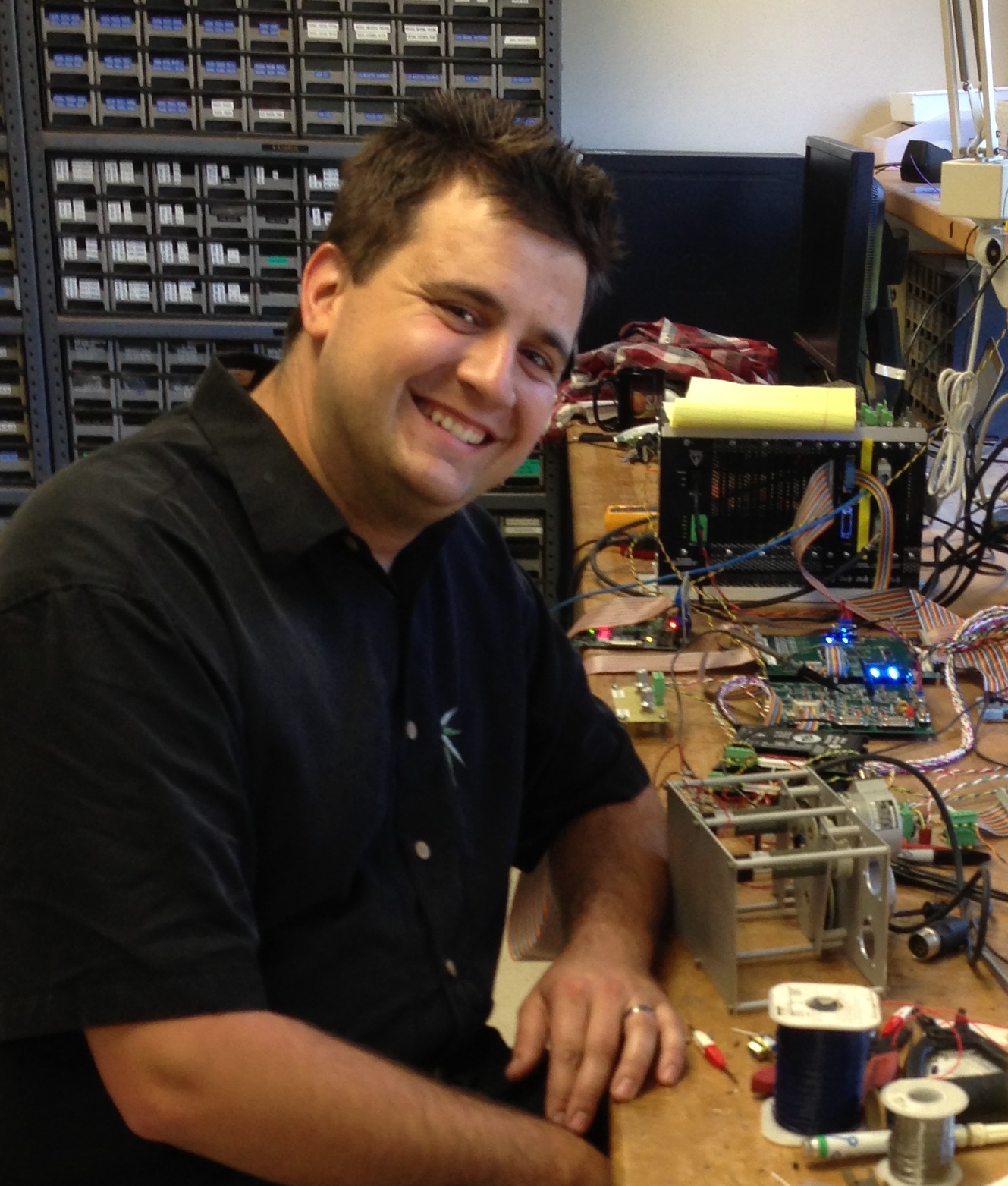 Jeff was born in California and moved to Oregon when he was 16.  From there, he graduated from Waldport High School and attended a trade school in Utah for Automotive studies.  After about 10 years, Jeff decided that it was time for a change, and in 2012, he returned to college to major in Electronics Technology at Kauai CC.  Jeff now plans to continue on to pursue his bachelor’s degree in Computer Science, at a college yet to be decided.  In addition to his studies, Jeff also works for a local computer repair store.  In his free time, he works on and rides his motorcycle, spends time with his new wife, and plays more computer games than he probably should.

The Canada-France-Hawaii Telescope began observing in 1979.  Since then, numerous strides have been made to keep it up-to-date and relevant in the scientific community.  This project addressed two such upgrades: a secondary mirror vacuum pressure monitor, and improvements to the telescope’s control and positioning system.
First, the secondary mirror’s curvature is maintained using pressure regulators that control vacuum and pressure based on the telescope’s position.  Should these values change due to a leak or other failure while the secondary is in storage, it is usually only discovered at the time of reinstallation on the telescope, and the time needed to repair and recalibrate the secondary can be expensive.  Some repairs can result in lost observing time, which is valued at up to $20k per night.  To address this problem, we ran a cable and installed connectors to allow pressure values to be monitored while the secondary is in storage.  We installed a cable from the fifth floor down to the fourth, and ran it across the outer edge of the summit observatory building. After it was successfully installed, we monitored the vacuum and pressure values to confirm that it accurately reads current values.  Should the vacuum or pressure systems now fail, they can be repaired before the mirror is needed, which in turn saves telescope downtime.
Second, the telescope uses a control system that dates from the late 1970s and is obsolete by today’s standards.  Furthermore, the current system was not designed to be operated remotely, which has led to further problems in recent years:  replacement parts are very hard to find; the reliability of the system has been in a slow decline, and its energy efficiency is fairly low; and finally, the old system is very large.  We are building a newer system that will allow for more precise positioning, as well as better integration with CFHT’s remote observation model.  We also built several components to amplify the motor control signals, and that also allowed for precise manual control.  The new system will be more energy efficient and will take up considerably less space, all while improving reliability and adding the ability for later expansion if needed.