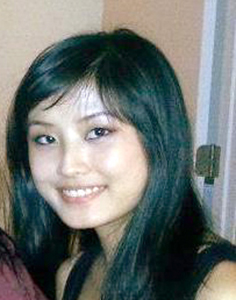 Natalie was born in Honolulu but raised in Hilo, where she developed a love for math and science at a young age.  After graduating from Hilo High School as one of several valedictorians that year, she spent her freshman year at Harvey Mudd College in Claremont, California.  Although she loved every moment of it and misses her friends dearly, she decided to return to Hawaii for personal health reasons.  Currently Natalie is a senior pursuing a B.S. in Physics and a minor in Mathematics at UH Manoa.  After graduation, she is interested in studying applied mathematics in graduate school, with a keen interest in probability, statistics, and data science.  Outside of school, Natalie loves reading Agatha Christie novels and listening to early American and British big band jazz.

Project Abstract: Studying the large-scale gaseous structure of the universe is vitally important in understanding the evolution of its metallicity and chemical abundance, ionization processes, and physical distribution.  For this project, we use the large catalogs of  triply-ionized carbon (C IV) and singly-ionized magnesium (Mg II), absorbers from the Sloan Digital Sky Survey Data-Release 7 (SDSS DR7).  C IV and Mg II absorption-line systems have each been well studied due to their high relative abundance and characteristic doublet appearance.  However, direct comparisons of C IV and Mg II-selected absorption line systems are difficult because C IV and Mg II doublets are predominately detected in different redshift ranges.  My objective is to use a median stacking analysis on C IV and Mg II absorption system within a redshift range of 1.46  z < 2.3 (where they are both effectively detected) to better characterize what “typical” chemical and physical conditions may be associated with the presence of one or both types of absorption.  This was achieved by creating three distinct samples from the C IV and Mg II catalogs and analyzing the strength of absorption lines, defined as the rest equivalent-widths.