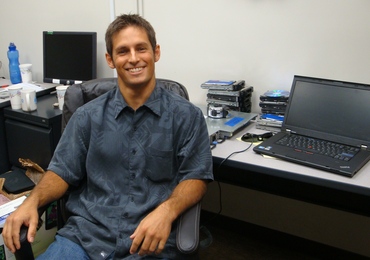 Born in New York and raised on Maui, Dylan Schwarzmeier is currently working toward a Bachelor of Applied Science in the field of Engineering Technology at the University of Hawaii Maui College. Dylan’s ultimate goal is to work in a cutting-edge technical career on Maui that would support a comfortable lifestyle. When he is not busy with school or work, Dylan can be found windsurfing somewhere on the north shore of Maui.