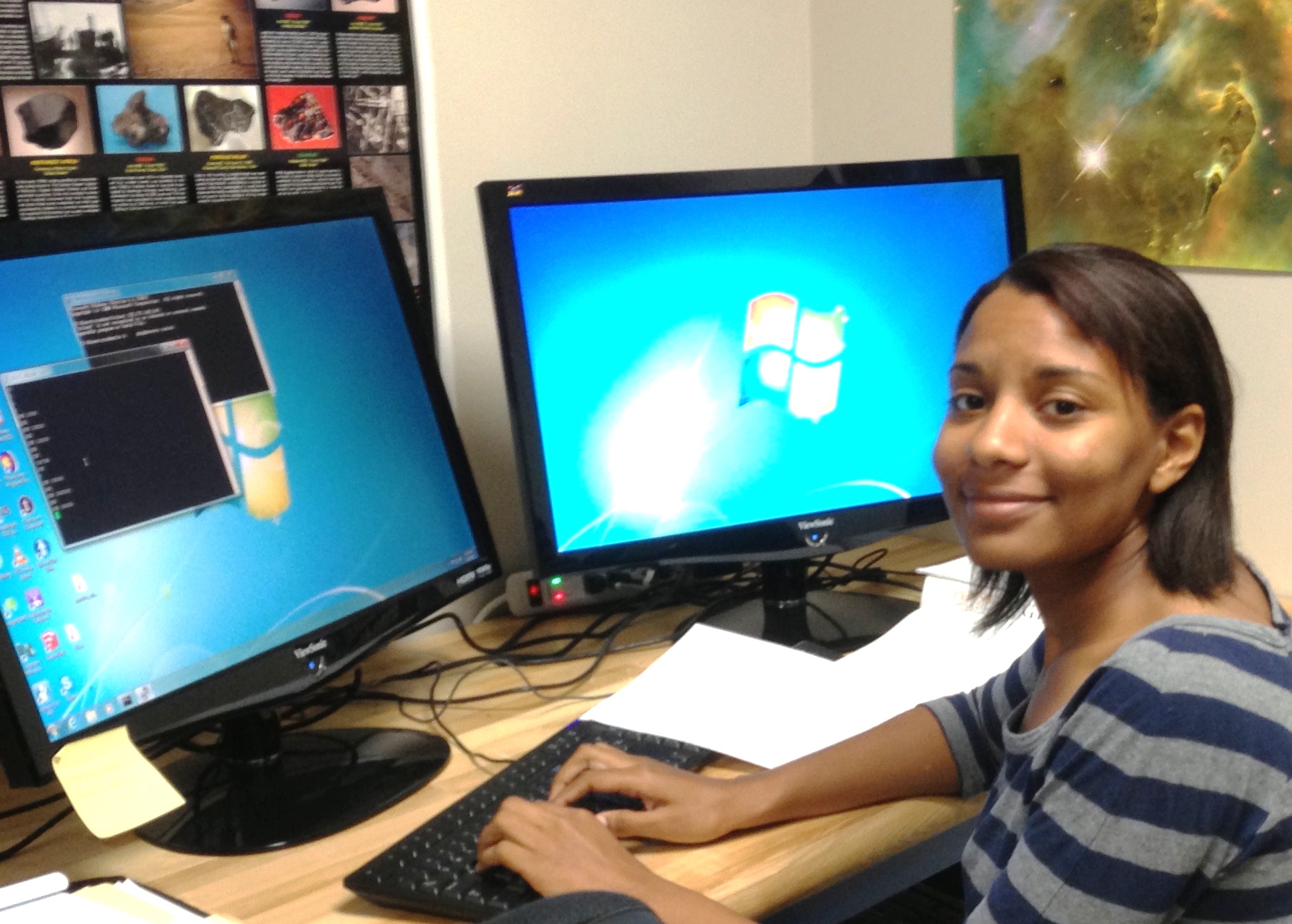 E’Lisa is a junior majoring in Astronomy at University of Hawaii Hilo, and a member of the University Astrophysics Club.  While attending college, she works part-time at the Ellison Onizuka Center for International Astronomy on Mauna Kea, as the international student volunteer coordinator.  She is interested in Japanese culture and has taken three years of Japanese language; she plans on going to graduate school either in the U.S. or Japan.  In her free time, she enjoys stargazing, mountain biking, swimming, reading manga, and listening to music.

The successful and continued operation of an observatory depends on critical hardware components, such as the right ascension and declination axis control, and software, such as the high­level computer control software.  Troubleshooting these various components is important to the continuous usability of an observatory.  Thus, this project focuses on designing a telescope simulator for the University of Hawaii 2.2­meter Telescope.  The immediate goal of this project was to simulate the right ascension, declination, and the dome movement of the telescope.  Therefore, this telescope simulator would only demonstrate motors rotating in a type of utilitarian design.  When designing the telescope simulator, measurements were obtained of the telescope.  After defining the scale of the telescope, we obtained the necessary components to simulate the movement of the observatory.  The motors utilized to replicate the right ascension and declination drives were two Thorlabs CR1/M­Z7 360-degree continuous rotation servo motors.  To control the movement of the motors, we utilized the Galil DMC 1830 motion controller card, Galil ICM 1900 breakout board, and designed three amplifier boards to amplify the signal coming from the motors. The motors were then wired to the Galil ICM 1900, which interfaced through an RS 232 port to a computer running Galiltools software.  The whole system was then housed inside of a rack panel.  Future goals of the project will be to design a working scale model of the University of Hawaii 2.2­meter telescope, as well as add other telescope components.