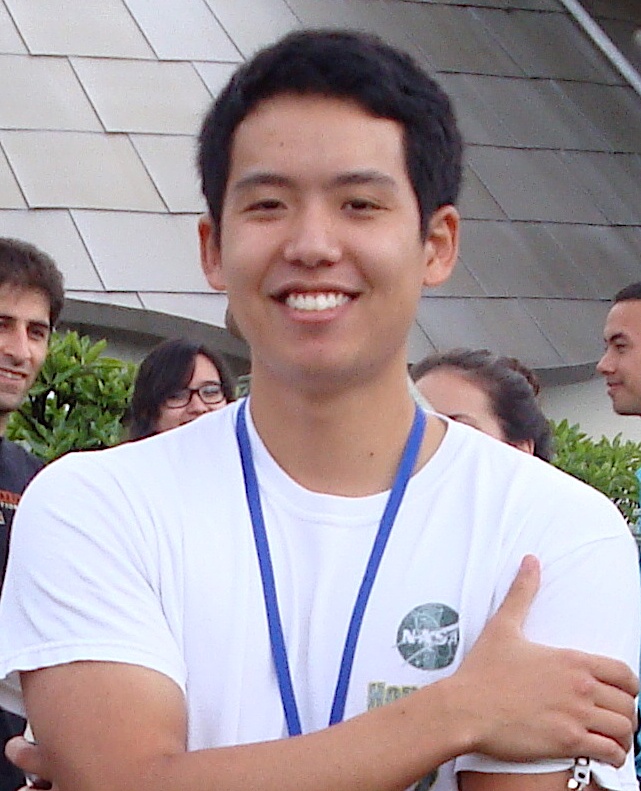 Jake was born in Hilo and graduated from Honoka‘a HS in 2009.  Jake’s interest in engineering stemmed from his participation in high school robotics programs, and he is currently completing his bachelor’s degree in Electrical Engineering at UH M?noa.  His future goal is to become employed by a company specializing in radio-frequency (RF) engineering.  In his spare time, Jake enjoys reading, hiking, and spending time with friends and family.

The performance of all enclosed electronic equipment can be affected by large temperature fluctuations.  This is especially critical when observing the performance of microwave components, such as amplifiers, whose gain can vary up to ±3 dB under the current temperature control system located on the summit of Mauna Kea.  A change of +3 dB will result in double the desired output power, which can wreak havoc on the sensitive equipment located inside the enclosure.  The solution is to design a more responsive control system that will keep the internal temperature fluctuations of the system to within 1?C, peak-to-peak. This will be implemented with a Cascaded Proportional Integral and Derivative (PID) control system, which will be responsive to both sudden internal temperature disturbances and slower external variations.  This project started with building a small-scale model using a simulated heat source and a variable speed fan.  The control system was programmed with an inexpensive Arduino microcontroller utilizing a single PID loop, which servo-ed the fan speed to maintain the desired temperature.  Once the specifications were met, a similar full-scale model was constructed to reproduce the results.  A secondary PID loop was added in cascade with the first loop to increase the response time of the system and help meet specification.  In this arrangement, the output of the primary loop changes the setpoint of the secondary loop.  This increases the responsiveness of the system to slower temperature changes, such as daily heating and cooling due to the sun.  Open Loop data was collected and imported to Matlab’s System Identification Toolbox, which generated a transfer function that was used in conjunction with the PID autotune tool.  The generated coefficients provided a starting point to the tuning process, and minor changes were made in order for the system to meet specification.  This control system is expected to perform on the summit and be implemented in various systems where thermal regulation is paramount.