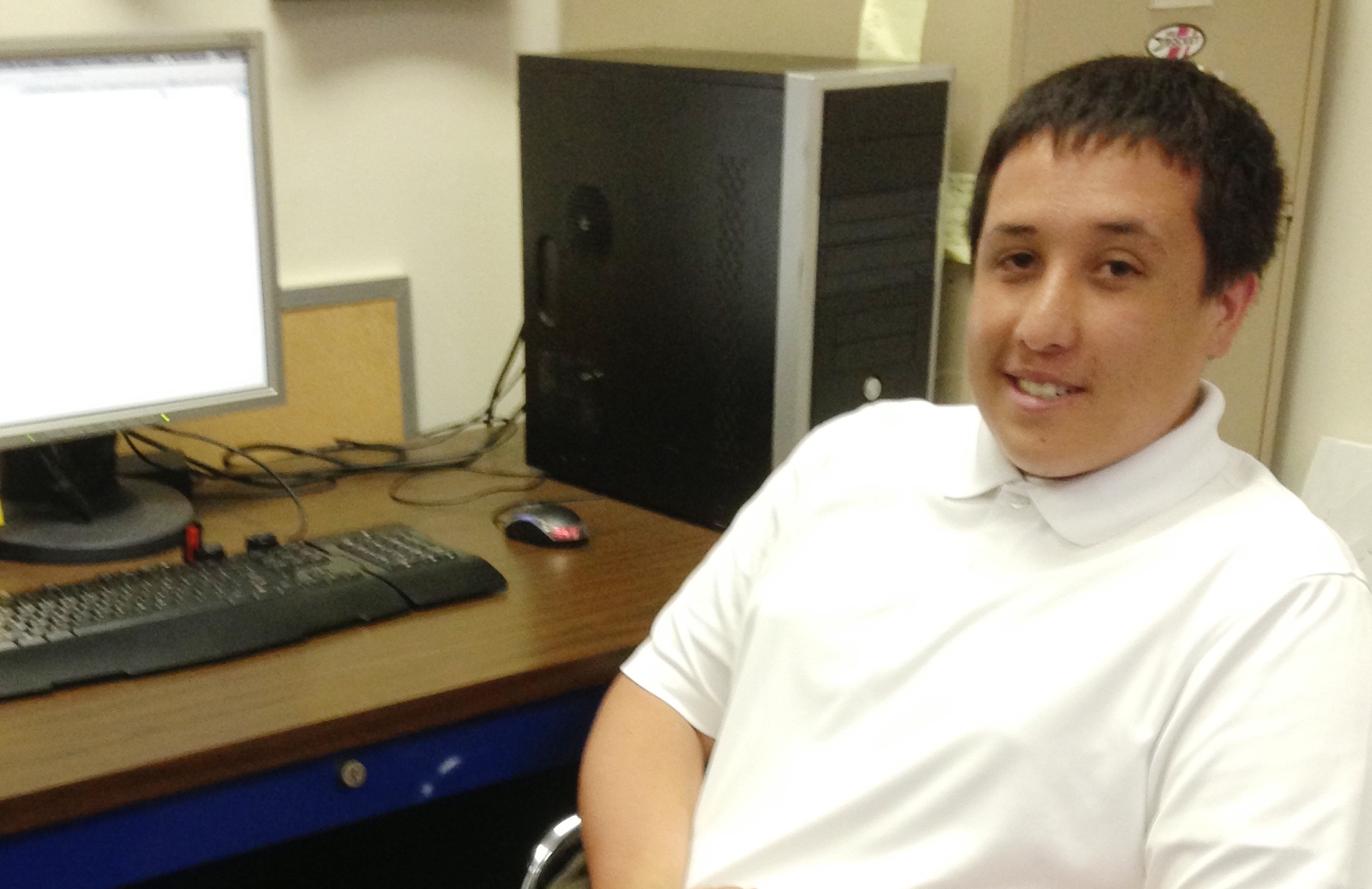 Jayson was born and raised on the island of O‘ahu.  He graduated from Myron B. Thompson Academy in 2011 and currently attends Honolulu CC.  He plans to complete his AS degree in Computing, Electronics & Networking Technologies (CENT) in Fall 2013, and continue on to UH West O‘ahu to earn his bachelor’s degree.  He enjoys playing video games and going to the beach.

The computer routines used to align the Canada-France-Hawaii Telescope primary and secondary mirrors are written in Mathcad, and hence are slowly becoming outdated in a modern, multi-user environment.  The existing routines require a license to run, and they do not operate on all operating systems, such as Linux.  As a result, these Mathcad routines are prohibited from running on many CFHT computers, including those at the summit that do not have a license, or those that may be running on an unsupported platform.  To address this problem, we have replaced the Mathcad routines with mathematical replicas reprogrammed in C.  This allows the routines to be flexible, so that they can run on any computer using the correct C compiler for that environment.  However, instead of running the C routines locally on any computer, we compile and use them as a backbone on a Web server.  These C routines are interfaced to a webpage, and data is sent back and forth through dynamically generated webpages comprised of HTML code, depending on the data processed and the routines the user has selected.  The data is also checked for integrity and security before being sent through the C routines.  We scan for any user input that may contain errors, and we return those errors to the user before inputting them into the C programs.  This system will allow for easier alignment of the telescope mirrors by giving multiple users access to these routines without requiring any special software other than a Web browser and an Internet connection.