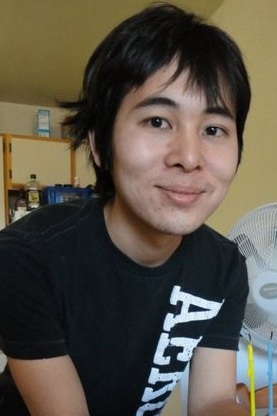 Styson Koide was born and raised on the Big Island of Hawaii and graduated from Honoka’a High School in 2008.  After graduation, he attended the University of Hawaii at Hilo for two years while majoring in Pre-Engineering.  While participating in the National Student Exchange program at Northern Arizona University, he decided to stay and pursue a degree in Mechanical Engineering.  While not in school, Styson enjoys snowboarding, cooking, and watching movies.

The UH Institute for Astronomy in Hilo is currently developing a near-infrared spectrograph for Subaru’s eight meter telescope.  This spectrograph will be capable of reading a broad wavelength coverage of 0.9–1.8 ?m and have a spectral resolution of 70,000 (3-pixel sampling).  This near-infrared spectrograph will be specifically designed to study objects using the radial velocity (RV) method with a velocity precision of 1 m/s.  This will require the device to be fiber-fed, have sensitive thermal control, and have vibrational isolation from cooling units and other exterior forces.  With this instrument, astronomers would have nearly complete spectral coverage in the near-infrared J and H bands, allowing efficient observation of objects that cannot be studied at optical wavelengths.  Subaru plans to use this instrument to investigate planets in the habitable regions around low-mass dwarf stars, in the hopes of finding Earth-like planets.  Since this project is still in the early stages of development, many design and mechanical choices are still left to be considered.  Using previous schematics from past spectrographs, we were tasked with designing a new near-infrared spectrograph.  By using previous designs and a 3D-modeling software package, SolidWorks, we were able to design some of the mechanical and structural components.  This includes the modeling of the driving designs, which will be presented at a design review in early September.