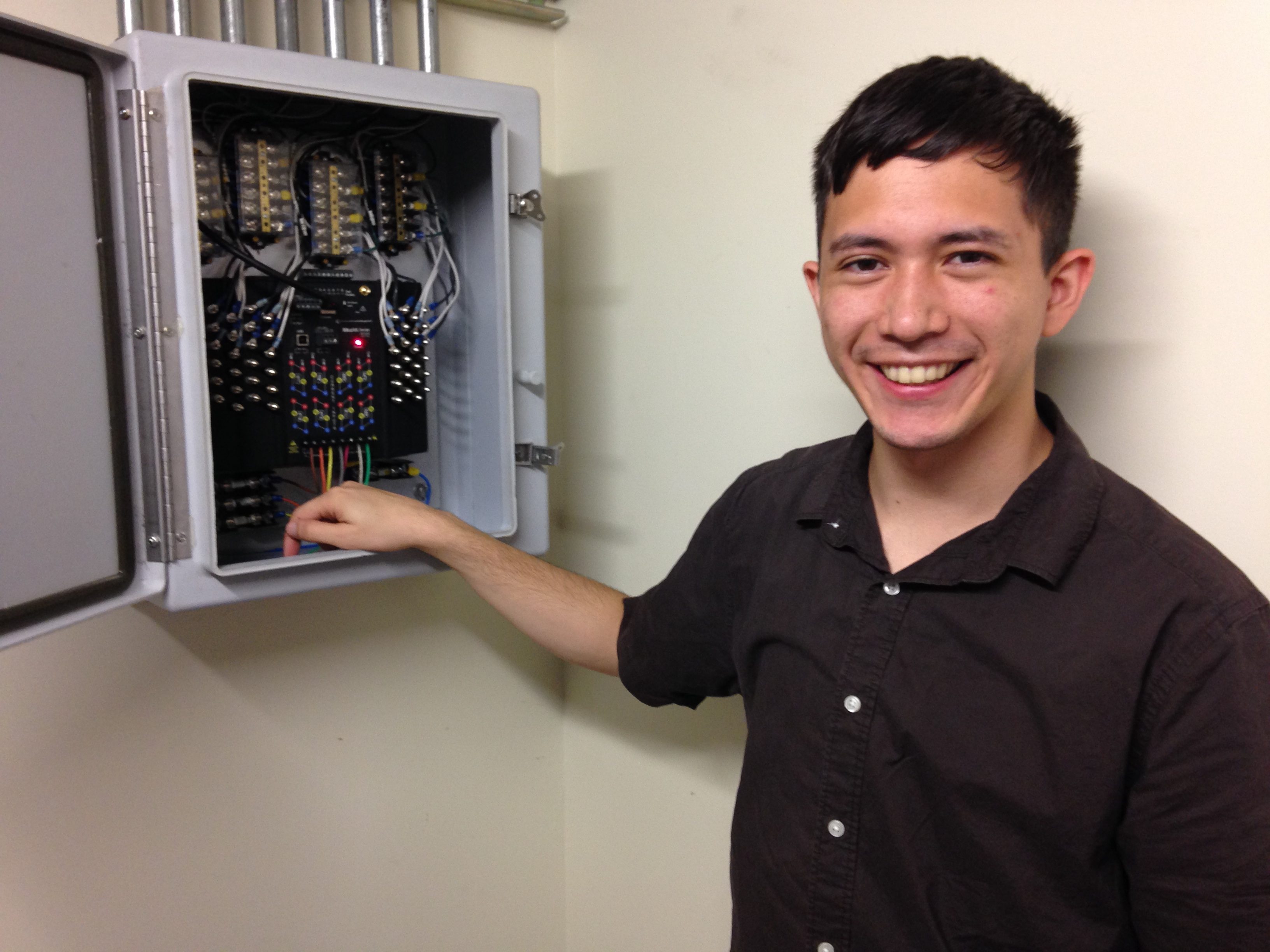 I was born and raised in Kona, on the Big Island. Since I was a kid, I always liked knowing how things worked, and wanted to be a scientist. Then I grew up and realized I would have to pick something more specific, so I chose mechanical engineering. I just finished my second year at Brigham Young University in Utah.

The Natural Energy Laboratory of Hawaii Authority (NELHA) has a newly remodelled blue technology incubation center for its clients- the Hale Iako building. This new facility is cooled by a Sea Water Air Conditioning (SWAC) system, which uses seawater taken 674 m depth at 6°C to cool air, as opposed to a traditional air conditioning system, which would use a refrigerant. The system became operational with the building in fall of last year, but has not been monitored until now. The purpose of this project is to install a multifunctional power meter to acquire real-time data and compare it with a calculated model of the traditional air conditioning system that would be required to cool the same building. First, a Shark MP200 power meter was installed in the building to measure electricity usage at four key circuit breakers that the SWAC system utilizes. That data was then processed to isolate the SWAC system’s load from the rest of the building’s power consumption. Then, using the schematics of the building, a thermodynamic analysis was performed to determine the cooling load and then matched with existing commercial air conditioning systems to determine a theoretical energy load. By comparing the theoretical specs with the readings on the SWAC system, it has been determined that the SWAC system can handle the cooling load while consuming up to a tenth of the power of a traditional air conditioning system. SWAC has additional advantages over HVAC systems, such as the lack of refrigerant and the reuse of the seawater by other NELHA clients.