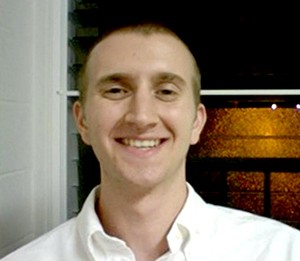 Andrew McNichols was born and raised in Connecticut.  During his first year of college, he decided to study astronomy, so he transferred to UH Hilo to be close to the observatories on Mauna Kea.  Andrew graduated in May 2014 with bachelor’s degrees in Astronomy and Physics, having spent time developing and implementing data-reduction pipelines for Gemini Observatory, and researching the flux and energy of cosmic-ray muons with UH Hilo’s Department of Physics & Astronomy as a Fellow of the NASA Hawaii Space Grant Consortium.  Andrew’s primary academic and career goal is to do as much as possible to help facilitate extra-planetary exploration and, eventually, habitation.  In his free time, Andrew likes reading and is a PADI-certified rescue diver.

Astronomers are still trying to construct a model that demonstrates complete understanding of the processes by which protostars and their subsequent evolution occurs from the gaseous interstellar medium (ISM).  The observed collapse time-scales of dust-enriched molecular-hydrogen clouds have led astrophysicists to conclude that there is some mechanism providing external support in these regions; one potentially responsible mechanism is the presence of magnetic fields in the clouds’ cores.  The Smithsonian Astrophysical Observatory’s Submillimeter Array has conducted polarimetric observations that provide insight into the structure of the magnetic field in several regions where the ISM is condensing and star formation is beginning.  These observations provided the first conclusive evidence for an hourglass-shaped magnetic field in a pre-stellar dust cloud: young stellar object (Class 0) NGC 1333 IRAS 4A.  Over the course of this project, I have developed a series of programs that plot with increasing sophistication the most recent mathematical models of hourglass magnetic fields and their Stokes parameters.  My mentor and I used the numerical data produced by my software as input for the Dust Polarization Module of the ARTIST software project, with the goal of producing a publication-quality object model simulation that can easily be compared to the most recent, highest-resolution polarimetry data of NGC 1333 IRAS 4A.  Overall, this project will provide some clarification as to how accurately the analytic magnetic-field model matches the hourglass structures that are widely observed in molecular cloud cores, potentially corroborating existing theories and providing new insight into processes that are influential to the early stages of stellar evolution.