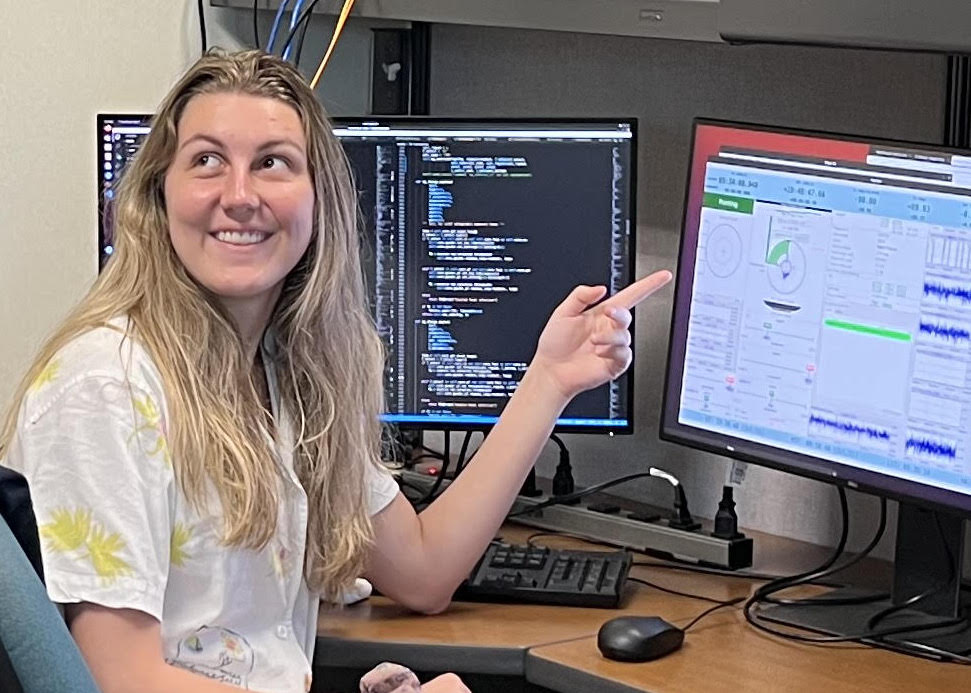 Katie Stevens was raised in Kihei on the island of Maui. She graduated from Maui High School in 2019 and is currently entering her Senior year at Gonzaga University pursuing a Bachelor’s degree in Computer Science. She enjoys programming and problem-solving. After graduation she wants to move back to Hawaii to use her skills to give back to her community. In her free time, she plays the trumpet, plays video games, and enjoys going out to the beach.

The Telescope Control System for the Subaru Telescope on Mauna Kea was developed by a subcontractor and, at the time it was developed, there was no requirement for it to be able to run in simulation mode. The source code for this system is proprietary and is not accessible by Subaru software engineers. Actual telescope time is limited and expensive, so having a Telescope Control System Simulator such as TELSIM to test observation scripts is essential for conserving resources. Prior to this project, TELSIM was able to simulate basic functions of the telescope, including mount rotation, focus selection, instrument rotation, and basic tracking/auto-guiding. However, there were specific features that were lacking or which needed improvement, such as the TELSIM GUI application. For this upgrade project, I first created a cleaner, more user-friendly way to select a secondary-mirror/focal station configuration in the TELSIM GUI. The application was also modified to subscribe to the current status stream, so that, if the focal configuration is changed elsewhere, the TELSIM GUI will update itself in real-time. Another feature that needed improvement was the command system. To improve existing commands and to implement new ones, I first determined how the specific commands work on the actual telescope control system by examining the status data from observation logs of the telescope control system and correlating them to the original arguments of the command. I also communicated with telescope operators who were familiar with how the commands worked. I could then simulate the actions of the commands and update the internal status values. This suite of new features will allow TELSIM to return more meaningful and accurate results when observing scripts are tested, and it will also serve as a valuable training aid for new telescope operators.