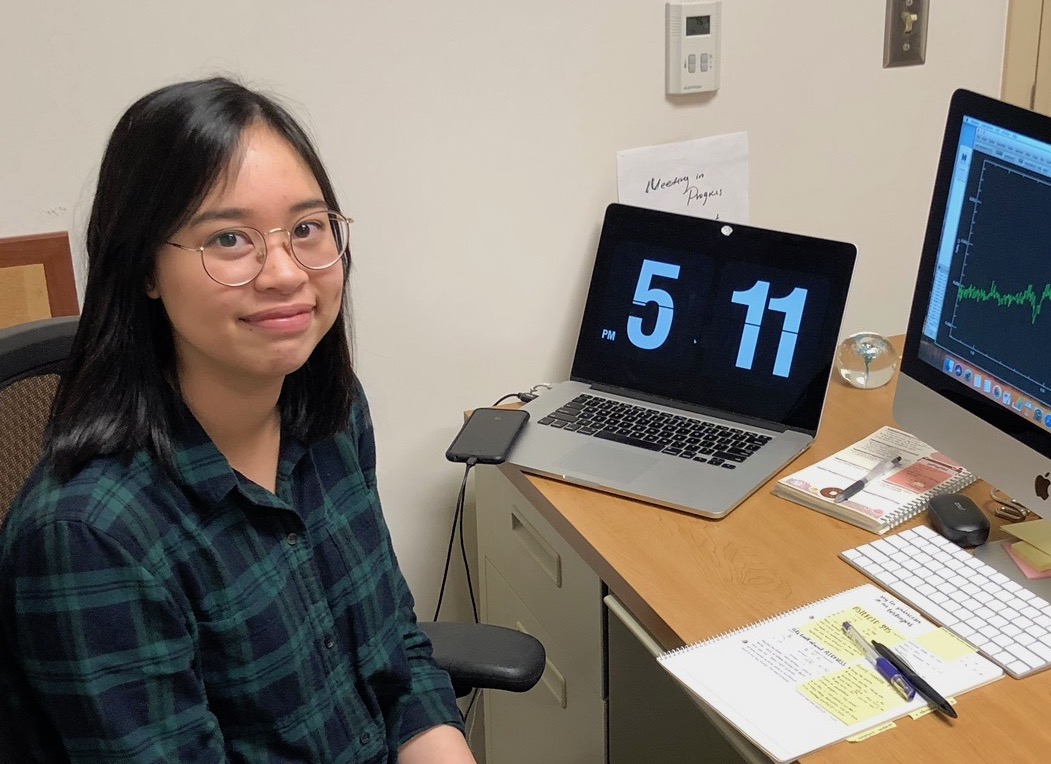 Maria Daniella is a rising senior at University of Hawaii at Manoa pursuing a B.A. in Astronomy. After graduation, her goal is to continue work in the astronomy field in both education and research. In her free time, she works as an interchanger for UH Manoa’s Outreach College, volunteers at the Hawaiian Humane Society, and is an avid baseball fan.

An asteroid family is created by an impact event that results in the partial or complete break-up of a single parent asteroid, and each piece that breaks off that parent asteroid is considered a member of the family. Family members are identified by comparing the orbital elements of asteroids around the parent body to orbital evolution models of members following the break-up event that created the family. Members of the outer main belt family, Euphrosyne, are one of the few main belt objects affected by gravitational interactions with Saturn. Models of these interactions by Masiero, et. al (2015) suggest that several objects of Euphrosyne family were modified into near-Earth orbits. Using their model in conjunction with albedo constraints, Masiero et. al identified a sub-population of NEOs that may have originated from the Euphrosyne family. To confirm the compositional relationship between this sub-population of NEOs and the Euphrosyne family, we conducted a visible and near-IR spectroscopic study of both main belt members as well as candidate NEOs. In particular, we used SpexTool to reduce spectra of two main belt members and three candidate near-Earth objects (NEOs). We compared the slope as well as any absorption features of the candidate near-Earth objects’ spectra to members of the Euphrosyne family’s spectra in order to determine if the NEOs are related to the main belt family. Of the three candidate NEOs, two objects, asteroids 475967 and 507366, had spectra consistent with the shape of both main belt Euphrosyne members. The similarly flat and featureless spectra indicate that these NEOs are related to the Euphrosyne family. These results not only give validity to Masiero’s model, but help to further constrain possible candidates for NEOs from the Euphrosyne family. To further prove the model and categorize more NEOs, more spectroscopic studies of family candidates using the same reduction and comparison process will be done.