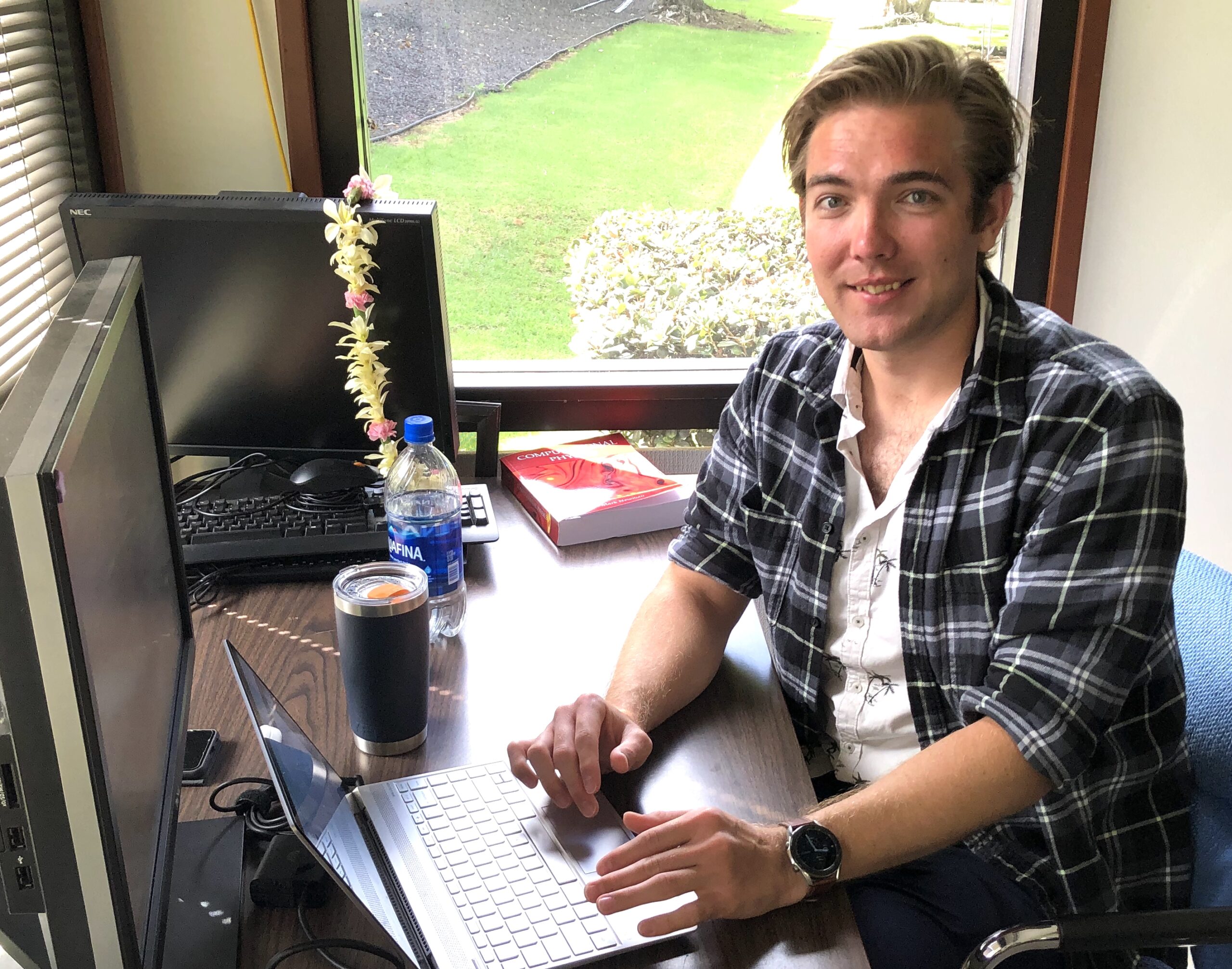 Andrew Unger was born and raised on the Big Island of Hawaii. He attends the University of Hawaii at Hilo pursuing a degree in Astronomy. Andrew has been inspired by the study of space since his first viewing of the film Contact as a child. Outside of school, Andrew has been involved in the local Astronomy community as a member of the West Hawaii Astronomy Club where he has participated in outreach events to share his love of space with others. Andrew enjoys stargazing, road trips, reading, and is most happy when spending time with his family.

Akamai Project: Studying the Presence of Satellites in MegaCam Images and Determining the Change over Time

MegaCam is a wide-field optical imager used on the Canada-France-Hawaii Telescope.  The images taken with this instrument are one square degree in size, a field-of-view roughly four times the size of the full moon.  The usability of MegaCam data relies on the images being free of contamination, including light trails from artificial satellites.  MegaCam is only used part-time as it requires the darkest possible nights of the month, when the moon’s illumination is at its smallest.  Recent increases in launches of artificial satellites for the Starlink megaconstellation (as well as those for other companies) have increased the chance of a satellite passing within the telescope’s field-of-view during observations.  What is the observational impact on MegaCam images due to the increased amount of Starlink satellites in orbit?  A survey of historical images selected from MegaCam archives was conducted to measure the number of visible satellites, as well as how their frequency has changed over time.  MegaCam has been online since 2003, continuing to operate to this day, with a total archive of over 300,000 images.  A data-filtering program was implemented to select roughly 1000 images, spanning throughout the instrument’s lifetime.  We expected that an increase in satellite frequency would be found, especially for dates after 2020 when the Starlink megaconstellation satellites began launching.  The population of known satellites doubled between the dates of 2012 and 2021, and we found that the frequency of streaks in MegaCam images reflects this increase.