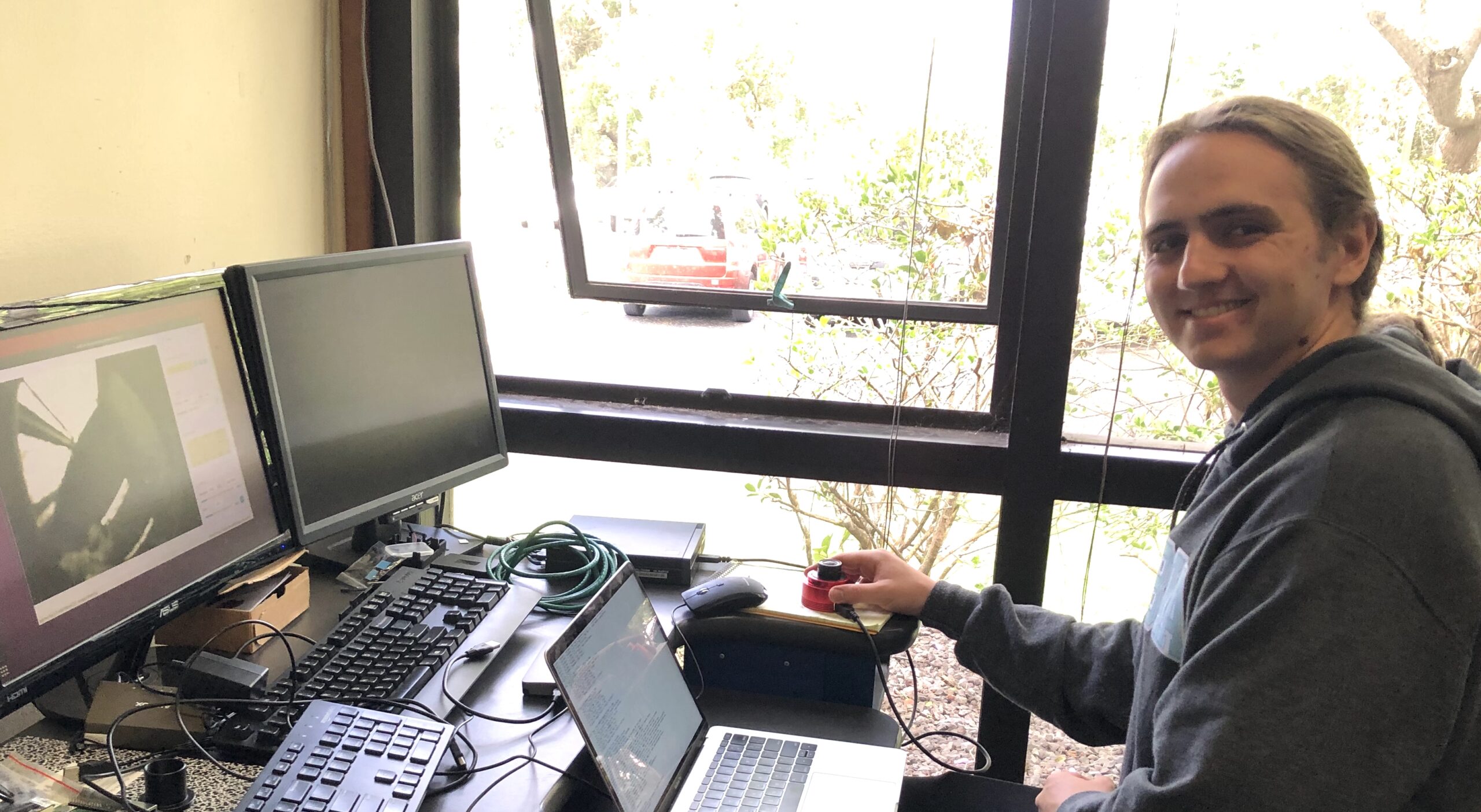 Brock was born in Idaho and raised on the Island of Hawaii from the age of two. He graduated from Kealakehe High School through their STEM Academy program, where he worked to receive his Associate’s degree in liberal arts from Hawaii CC – Palamanui during high school. He now attends Columbia University where he is pursuing a degree in mechanical engineering with a minor in computer science. Brock enjoys all aspects of engineering challenges and always looks to find new and exciting ways to tackle them.

The All-Sky Infrared & Visible Sky Analyzer (ASIVA), maintained and supported by Canada-France-Hawaii Telescope (CFHT) for the Mauna Kea Observatories (MKO), is a weather sensing instrument composed of an infrared (IR) camera, a visible-light camera, multiple temperature sensors, and a machine-learning system to automatically identify cloud conditions.  Real-time cloud detection is essential for assessing sky quality and choosing appropriate observing programs, especially for the remote observatory operations of MKO.  However, ASIVA’s visible-light camera was no longer functional and in need of replacement.  Additionally, the IR camera and computer were outdated.  Finally, upgrading ASIVA’s custom-made components to standard, well-documented equipment would allow for easier upkeep.  This overall project was performed in two parallel stages: (1) replacement of the visible-light camera on the ASIVA instrument, and (2) development of a backup system to replace the IR camera in case of failure.  First, to restore the visible camera functionality, a new, independent system was created using a commercially available all-sky visible camera and a small Linux microcontroller to collect, process, and send data to the CFHT network.  A custom modular bracket system was designed and manufactured that allowed the new visible camera system to readily integrate into the ASIVA.  A combination of a commercial IR camera with a specialized frame-grabber and custom software to integrate into the CFHT infrastructure provided the backup solution to the ASIVA IR camera.  Additionally, the effort to renovate the ASIVA spawned the concept and design of a new, fully portable ASIVA-like instrument that could act as a backup for the entire original ASIVA, or which could be installed in other locations to supplement research and environmental sensing.