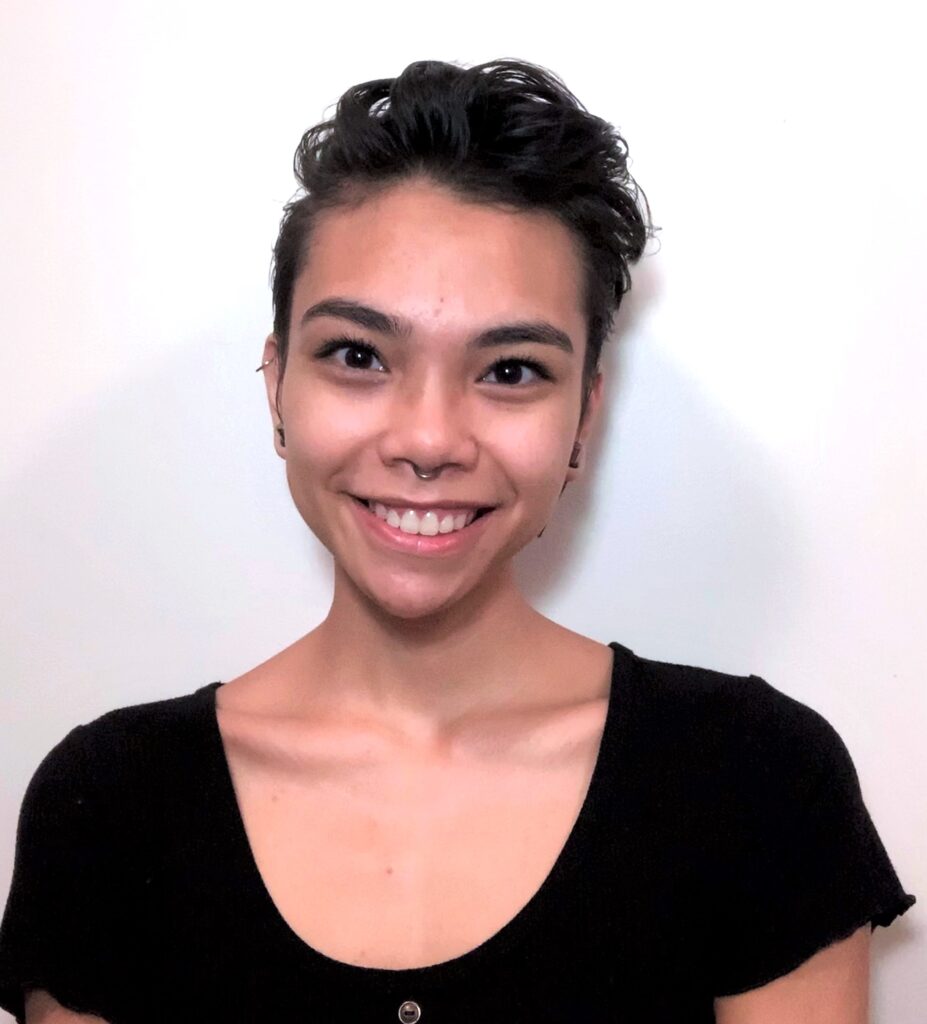 Blue grew up in Hilo on the Big Island of Hawai’i. She graduated from Waiakea High School and is currently pursuing degrees in Physics and Astronomy with a minor in Mathematics at the University of Hawai’i at Hilo. Her special interests include adaptive optics, ground-based observation and space exploration tech, pedagogical practices, and physics education. She plans on going to grad school for optical sciences with a long-term goal of becoming a professor.

A defining characteristic of AGN is their unpredictable and aperiodic variations in flux, and it is widely accepted that they are powered by accretion onto a supermassive black hole. To better understand how gas flows into black holes and the physics underlying variability, black hole light curves (flux vs. time) can be analyzed to determine a characteristic timescale at which the variability amplitude of flux measurements saturates. Following previous studies that described variability of radio AGN light curves using a damped random walk (DRW) model, light curves of M87 were fit as a stochastic DRW using existing observations from the Submillimeter Array, and the Combined Array for Research in Millimeter-wave Astronomy. A Monte Carlo Markov chain statistical analysis was applied to the data sets to estimate parameters (transition time, mean, and standard deviation of long timescales) used for the DRW. The best fit model for M87 resulted in a characteristic timescale of about 150 days with upper and lower limits of 278 and 62 days, respectively. Characteristic timescales have been shown to correlate with black hole mass. The shortest timescale expected for Sgr A*, with a mass of 4 million solar masses, is about 30 minutes, thus it is expected that the timescale for M87, with a mass of 6 billion solar masses, will be about 30 days. When comparing scales of this kind, the resulting and predicted timescales are largely in agreement. The resulting timescale being slightly longer than expected could be due to material orbiting at a slightly larger radius than the innermost orbit.