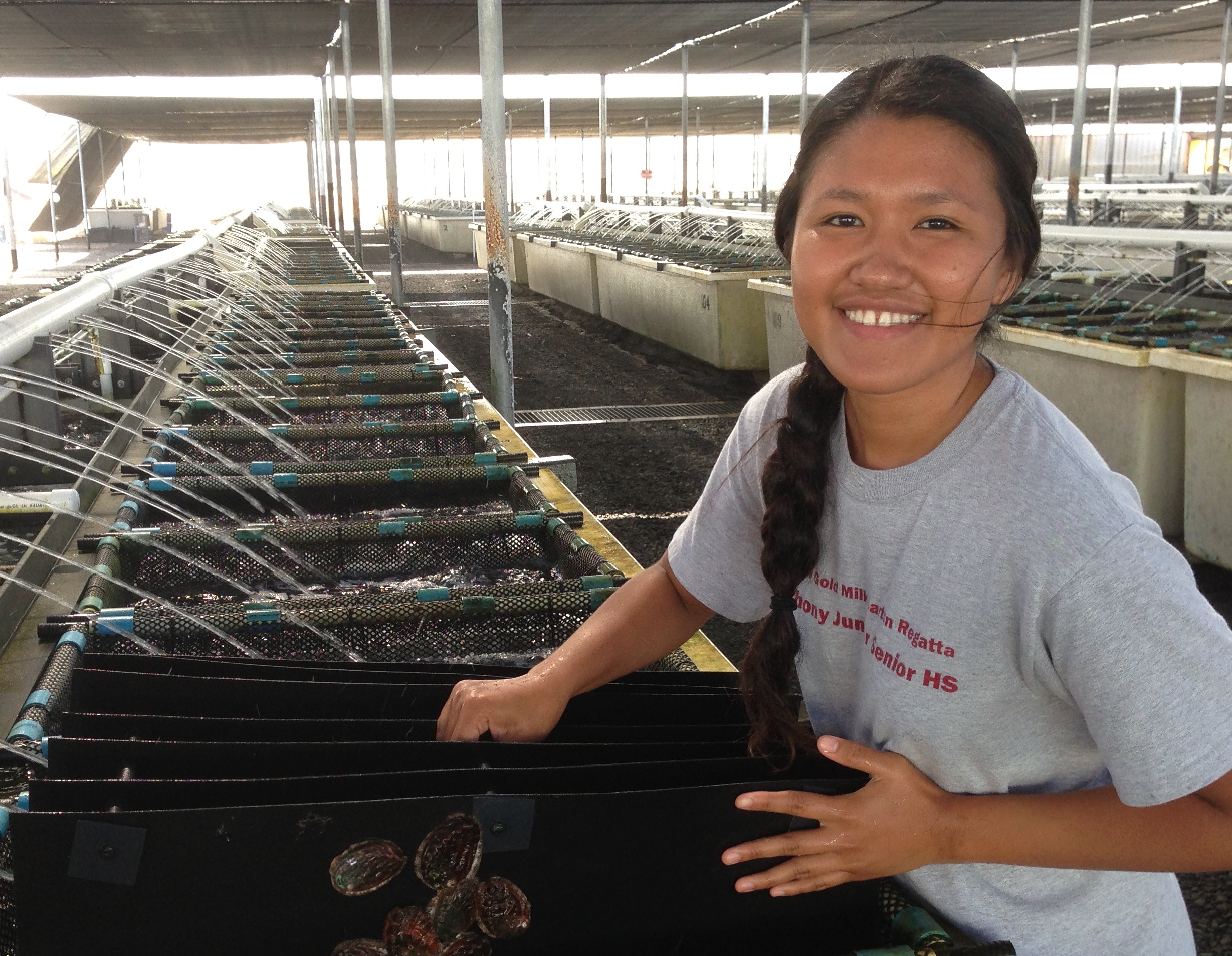 Michelle was born in the Philippines, but spent majority of her life growing up on the island of Maui.  In 2012, she graduated from St. Anthony Junior-Senior HS in Wailuku.  She is currently majoring in Biology at the University of Dayton in Ohio.  After finishing her undergraduate studies, she ultimately plans to become a physician assistant.  In her spare time, Michelle enjoys singing and playing guitar, spending quality time with her chums, going to the library, discovering local eateries, and having a good laugh.

Japanese sea cucumber (Apostichopus japonicus) is considered a delicacy in Asia, especially in China, where it has an established market. In order to improve profit margins, Big Island Abalone Corporation (BIAC)—the first company to farm abalone in Hawaii—is looking to co-culture A. japonicus with abalone.  This study was conducted to determine the viability of co-culturing this species in both juvenile and young abalone grow-out effluent tank water. Because A. japonicus has been successfully co-cultured with abalone in the past in Asia, the diurnal water quality of the tanks was hypothesized to be suitable for the growth of the prospective species.  In order to test this conjecture, pH, salinity, dissolved oxygen content (DO), and temperature were monitored in four regions of the tanks: incoming, basket, bottom, and outgoing. Ammonia levels were also recorded in the basket/bottom of the tanks.  Additionally, the effect of abalone feed type on ammonia and DO levels were also examined.  An ANOVA was used to determine the statistical significance of the basket/bottom region between tanks, and a t-test was used to determine the statistical significance between the basket/bottom within a tank.  The overarching hypothesis was supported by the results, in that the analyses illustrated the following: water conditions conducive to the growth of A. japonicus; lack of evidence showing statistical significance between the juvenile and young grow-out tanks; no overall statistical significance between basket/bottom regions of each tank because all t-test results (except J50 DO) yielded t-values that were within the critical value range.  Overall, the viability of A. japonicus co-culture with abalone—given the tanks’ water conditions—was demonstrated to be feasible.