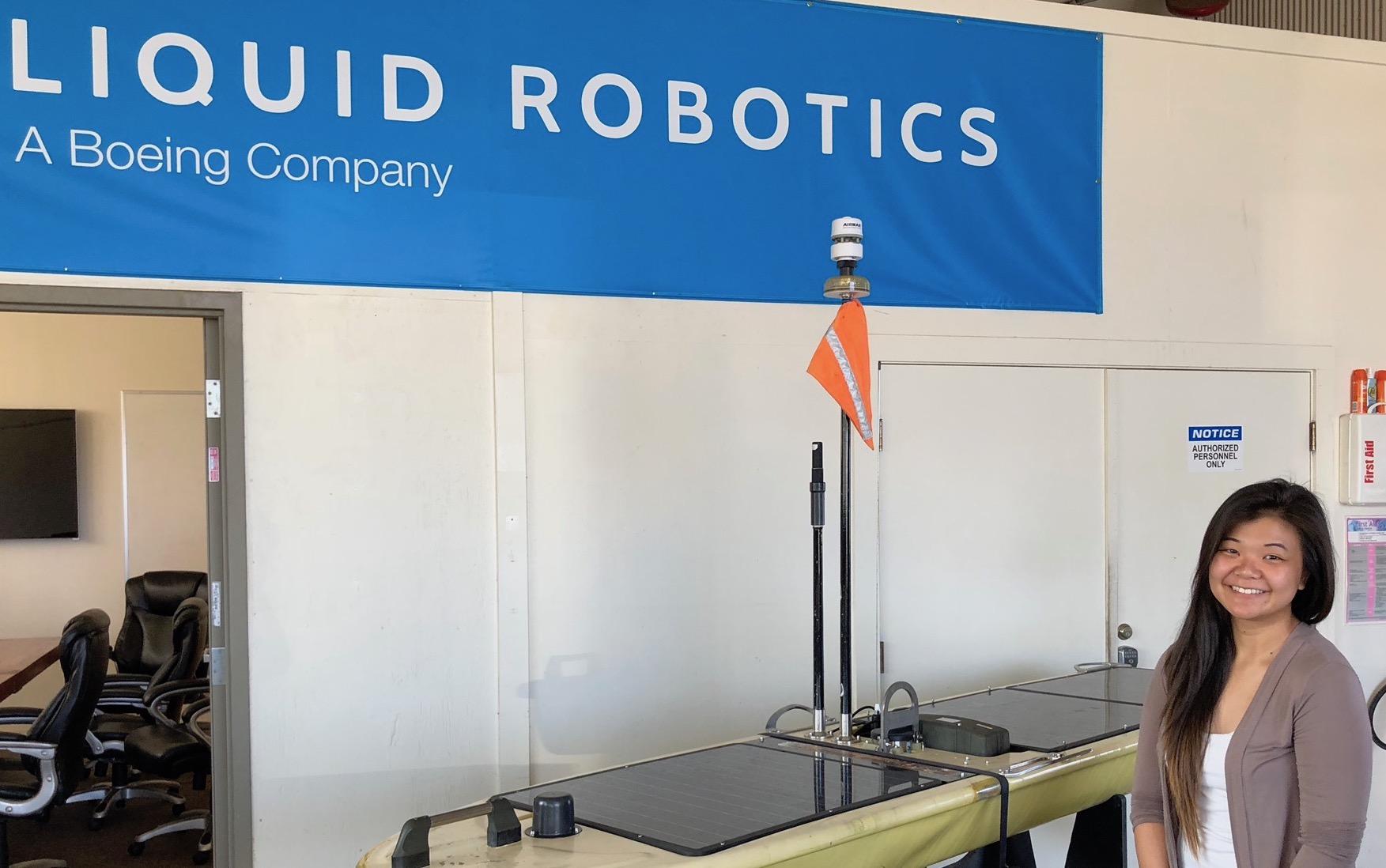 Nicole Tabac was born and raised on the Big Island of Hawaii. She was heavily involved in FIRST and VEX robotics in high school and continued to mentor students after she graduated. She continued her education at Northern Arizona University and received her bachelor’s degree in mechanical engineering this past Spring. Nicole’s interests are robotics and renewable energy and she hopes to find a career that encompass both interests. In her free time she loves to go to the beach, play Overwatch and spend time with her cats.

Liquid Robotics produces autonomous, unmanned vehicles called Wave Gliders, which harvest energy from the ocean and sun to propel themselves and collect data. Wave Gliders are equipped with a Lightbar that uses light emitting diodes (LEDs) that serves as an indication light at sea to alert boaters and larger vessels of their presence. As a precaution, the Lightbars were set to a high brightness level which was discovered to be too excessive to the communities in Puako and Kohala. U.S. Coast Guard regulations were used as a quantifiable guideline and was used as a target goal for testing the Lightbars’ luminous intensity in hopes of reducing the amount of light emission. Research was done on U.S. Coast Guard regulations and it concluded that the most applicable classification for a Wave Glider is an “inconspicuous, partly submerged vessel.” This type of vessel requires an all-round white light visible at three nautical miles. According to the U.S. Coast Guard, the minimum luminous intensity that such a vessel must project at three nautical miles is 0.003573 candelas. In order to measure the Lightbar’s luminous intensity, a testing procedure was designed to measure the illuminance of the Lightbar using an LED light meter in a laboratory setting. The light meter outputs values of illuminance (lux) and were then converted to units of luminous intensity (candelas). The inverse-square law was implemented to calculate the luminous intensity at three nautical miles and these values were compared with the minimum required luminous intensity pertaining to U.S. Coast Guard regulation. Visual tests were conducted both from shore and at sea to ensure that the Lightbars were visible at the desired distances with the naked eye, and images were taken to capture the brightness in photos.