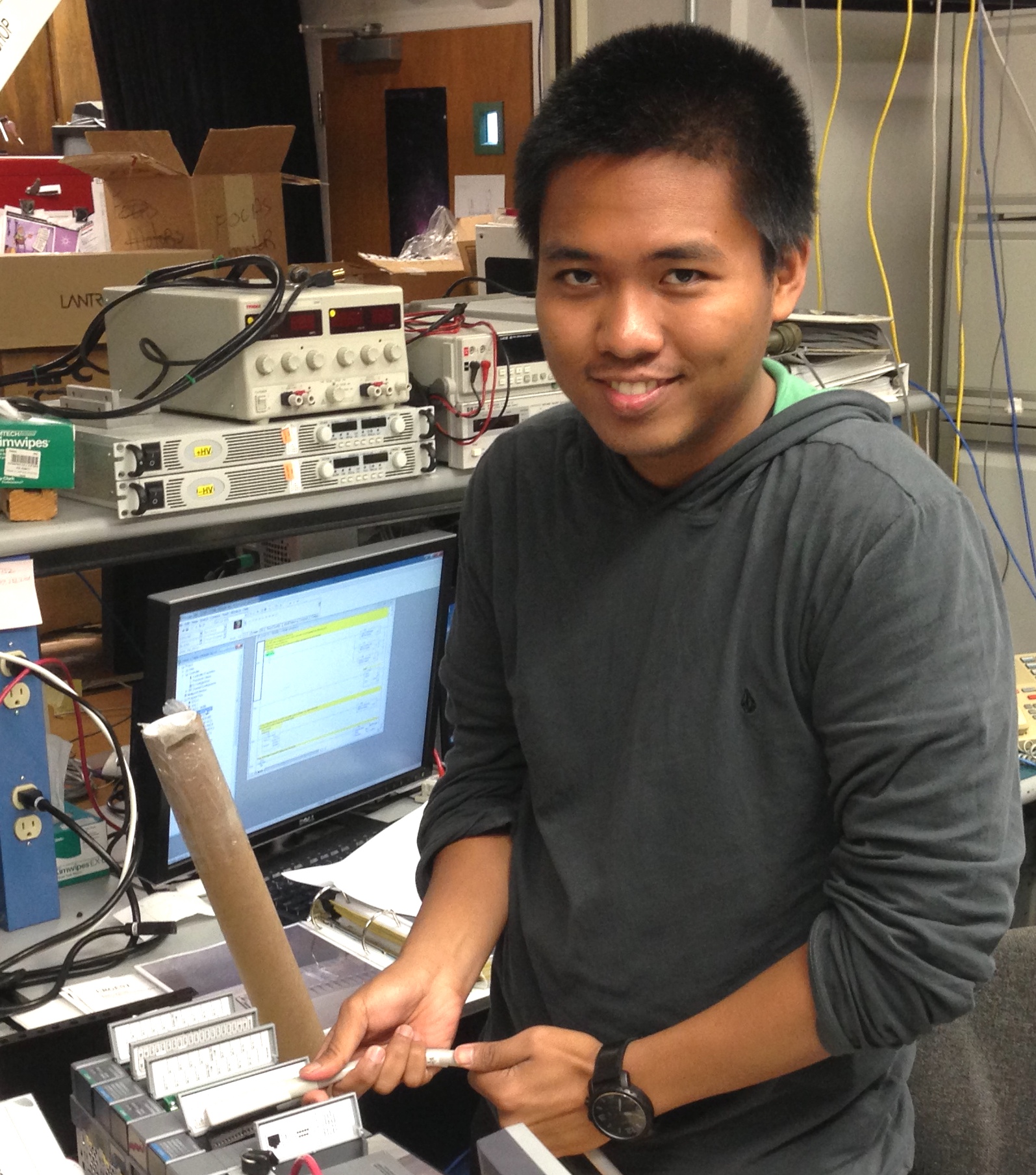 This fall, Randolf will be entering his senior year at the Univ. of Southern California.  Prior to USC, he spent three years at Hawaii Pacific University, enrolled in their 3-2 Engineering Program: upon completing his bachelor’s degree in Electrical Engineering from USC, he will also receive a bachelor’s degree in Applied Mathematics from HPU.  After graduation, Randolf plans to gain significant industry experience before pursuing an MBA degree.  During his free time, he enjoys spending quality time with family and friends, going to the beach, watching movies, and catching up on his favorite TV shows.

One of Subaru Telescope’s observational instruments is the Fiber Multi-Object Spectrograph (FMOS).  Within the FMOS system, one component that has been experiencing errors recently is the InfraRed Spectrograph 2 (IRS2).  In order to be operational, the spectrograph’s temperature is cooled down to approx. –50°C to –60°C.  An Allen Bradley SLC 500 programmable logic controller (PLC) is installed within the system, accepting inputs from various sensors and sending control signals to manipulate the spectrograph temperature or environment.  Given the lack of documentation, not very much is known about the exact inputs and outputs of the PLC, how the PLC is connected to the rest of the IRS2 system, or how to update the program that the PLC is currently running.  If the IRS2 had any temperature sensor problems, or if the wiring system undergoes any issues, troubleshooting with limited knowledge about the system’s PLC would be very challenging.  To solve the ongoing documentation problem, intensive research was performed to understand the different components of a PLC, the structure of the ladder logic program, and how to communicate the PLC to the computer.  Along with that, the ladder logic program currently in place was also examined to determine the inputs and outputs of the system.  It was found that the digital inputs of the system include the status of the valves and chiller, while the analog inputs include signals from temperature, pressure, and dew-point sensors.  The digital outputs represent the controls for the valves, and the chiller’s mode.  Following the investigations, a simulator was built consisting of panels mounted on a 19-inch rack.  32 switches on one panel represent the digital input module of the system, and 32 LEDs on another panel represent the digital output module. The last panel simulates two analog input modules, containing 32 switches connected to a potentiometer.  The simulator is to demonstrate the capabilities of the PLC, and be useful in the future if the IRS2 once again undergoes any errors.