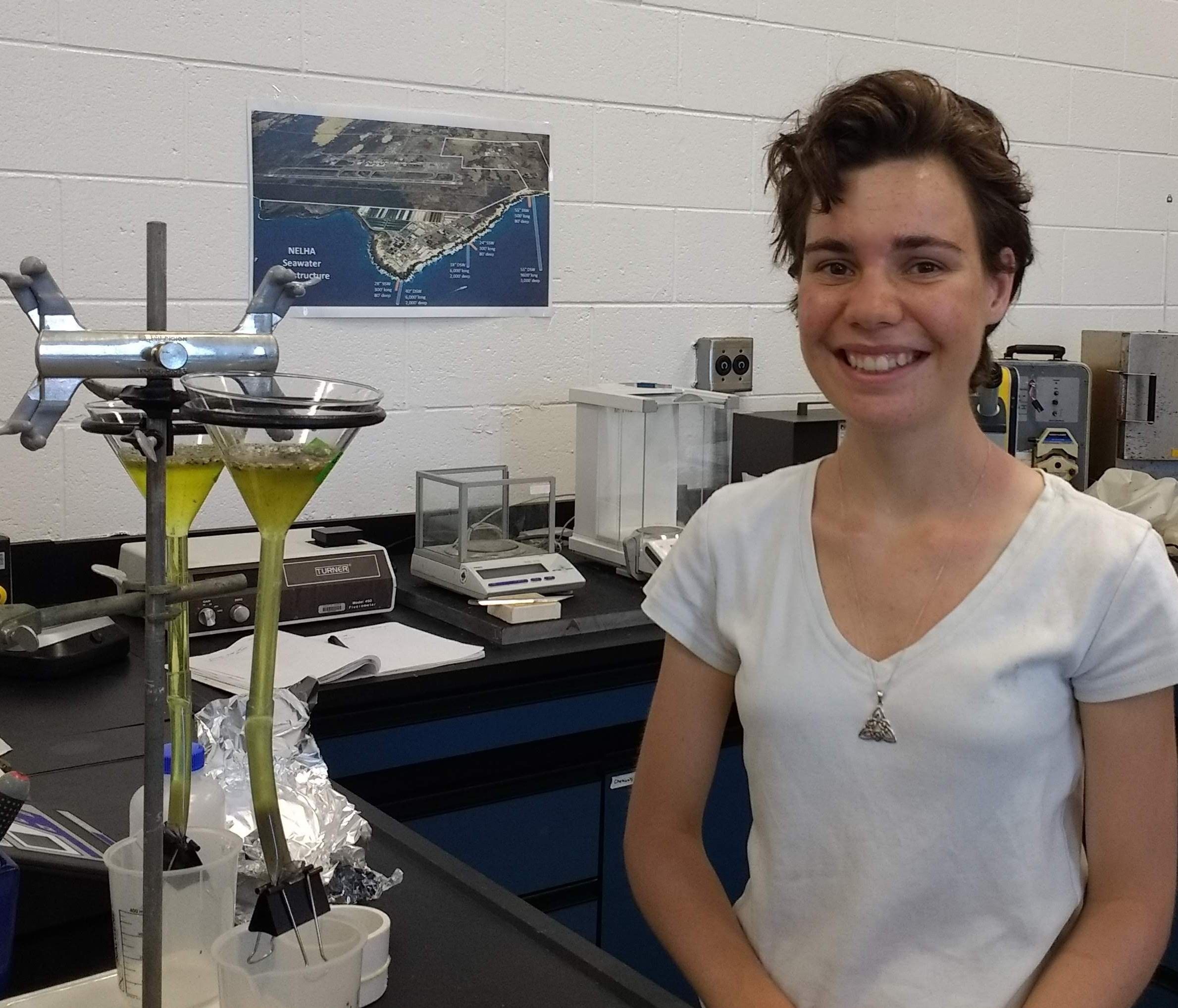 Romilly was born in Austin, Texas and moved to Waimea, Hawaii when she was three-years-old. She graduated from Honoka’a High School in 2017 and is currently a freshman at George Mason University in Virginia. She is majoring in Chemistry with a concentration in Environmental Chemistry and intends to work in the field of forest restoration. In her free time she reads, creates art, and plays underwater hockey.

Natural Energy Laboratory of Hawaii Authority (NELHA) pumps deep and surface seawater through a series of pipelines and supplies it to clients. Recently, these clients have become curious about the possible concentration of microplastic particles in the pipelines. Microplastics are plastic particles under 5 mm that are a pervasive and potentially harmful pollutant in ocean water. Since NELHA has not previously characterized this pollutant, the purpose of this project was to determine the concentration of microplastics in the pipeline system and in the nearshore waters fronting NELHA. Four pipelines were sampled: two surface pipelines at 80 feet deep and two deepsea pipelines at 2,000 and 3,000 feet deep. Samples were also collected from the surface waters around the facility. Samples were collected in 0.333 mm nets and then sieved to isolate particles between 5 mm and 0.333 mm in diameter. Next, natural organic matter was oxidized using concentrated hydrogen peroxide with iron sulfate as the catalyst in a process called wet peroxide oxidation. Plastic particles were then separated using a dense sodium chloride solution. Finally, particles were examined under a microscope for verification and then weighed to determine the total mass of plastic in the known volume of water. Results indicate that microplastic is present in both the deepsea and surface seawater pipelines. Surface net trawls revealed higher concentrations of microplastic in the nearshore ocean waters fronting NELHA. This aligns with other research which has found that microplastic particles are present throughout the world’s waters, and tend to exhibit greater concentrations at the surface compared to the water column.