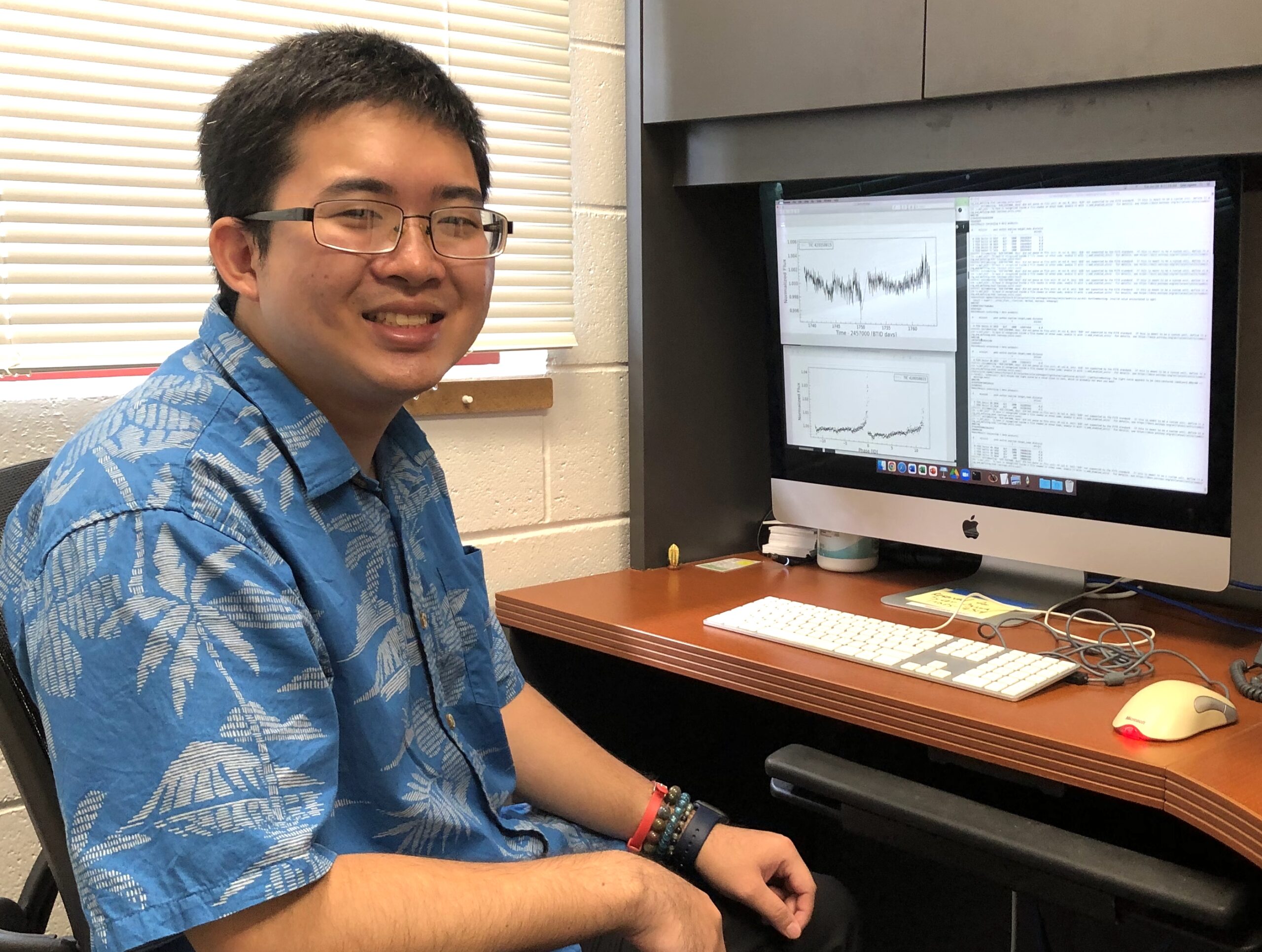 Tyler was born and raised in Hilo, and graduated from Waiakea High School in 2019. He is currently attending the University of Hawaii at Hilo and is pursuing a degree in Astronomy. Tyler was always interested in science and astronomy as a child, and hoped to one day work for the observatories on Mauna Kea. In the future, he hopes to attend grad school and study electrical engineering, and continue to work for the observatories on Mauna Kea. In his free time, Tyler takes part in taiko drumming, community service, playing Nintendo games, and karaoke with his friends.

Binary star systems consist of two stars that are gravitationally bound to one another, whether they are close binaries with separations smaller than 1 AU, or wide systems with separations of 10,000 AU or more.  Yet sometimes, one of the components in these systems is a binary itself with an unresolved companion, making the system a higher-order multiple, i.e. a system that contains three or more stars.  For solar-type wide binaries, the higher-order multiplicity fraction is roughly 50%.  However, the value of this fraction is not well known for low-mass wide binaries.  The goal of this project is to compare the higher-order multiplicity of low-mass wide binaries to solar-type wide binaries.  To do this, I examined the primary components of 8082 low-mass wide binary systems to find evidence of eclipsing binaries and fast rotation.  I used the LightKurve package to plot light curves from the TESS Quick Look-up Pipeline (QLP), then visually search for evidence of variability.  In this sample, I found 4939 components with light curves available from the QLP, from which I identified numerous eclipsing binaries, fast rotators, and variable systems.  I also plotted their locations on a classical H-R diagram, as well as examined where these systems fall on the “Lobster” diagram, a plot that compares the overluminosities of the primary and secondary components of the wide binary.  Finally, I compared my lower limit for higher-order multiplicity to previous results for K+K wide binary systems and for solar-type wide binaries.