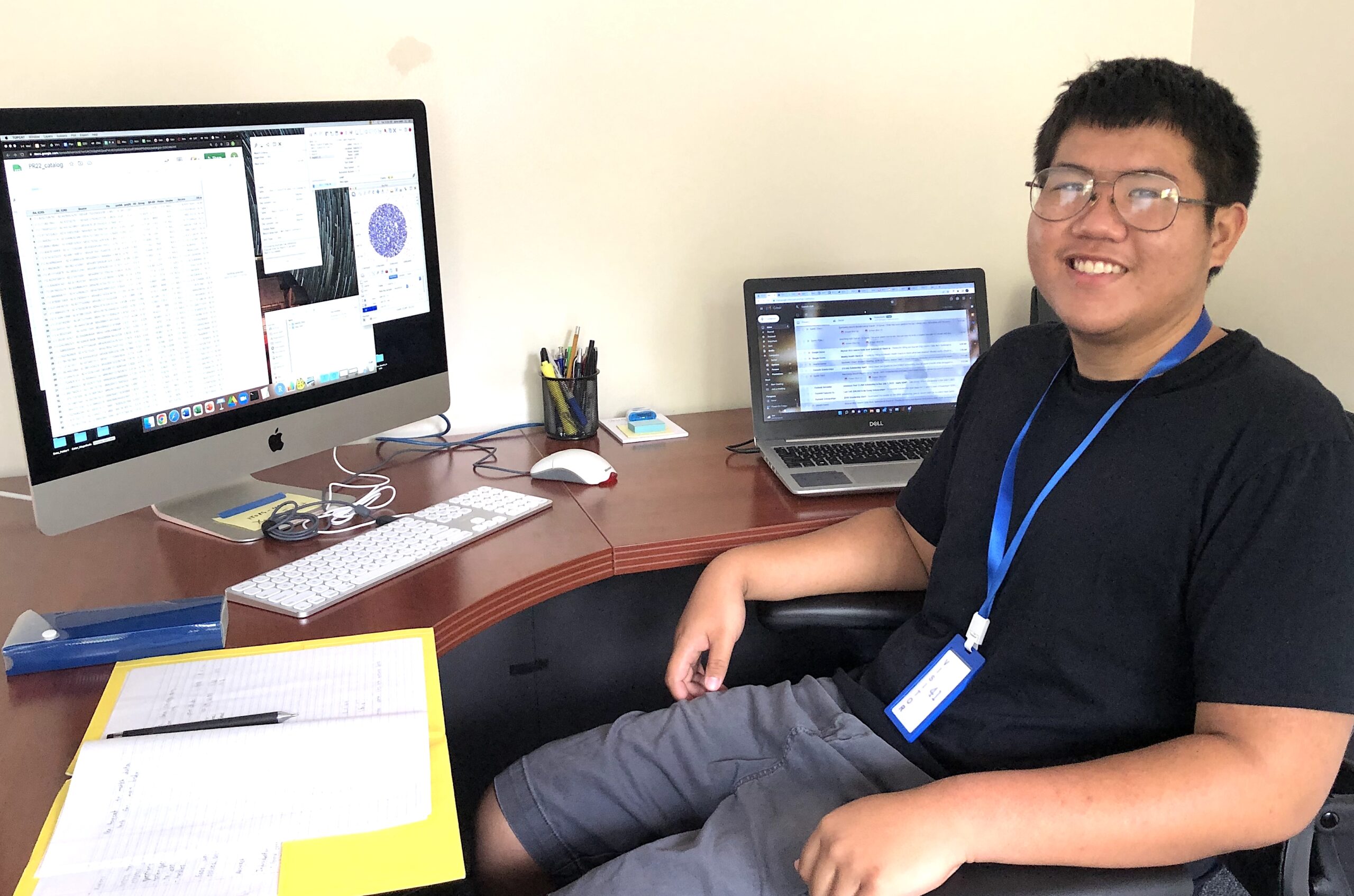 Xavier was born and raised on the Big Island of Hawaii. He graduated from Pahoa High School and is currently enrolled at the University of Hawaii at Hilo pursuing degrees in Astronomy and Physics. Xavier intends to be an astrophysicist, study the cosmos and inspire others to do the same for the improvement of humanity.

Open stellar clusters are young (generally one Gyr and younger) and coeval (formed in single events from a distinct molecular cloud) groups of stars that are gravitationally bound.  Thus, they are among the best candidates for providing precise information on both the ages and chemical compositions at various spatial positions in the Milky Way disk.  In addition, they play an integral part in the understanding of stellar evolution and assist us in ascertaining the history, structure, dynamics, and chemical evolution of the Milky Way.  Recent work by Karla Peña Ramírez (U. of Antofagasta) led to the development of new analysis tools that allow for an increase up to 50% of known stellar members in open clusters located in the bulge and in the disk.  This has a significant impact on the derived fundamental parameters, such as extinction and total mass.  Motivated by this work, we studied a sample of two dozen open clusters using photometric and astrometric data from the Gaia Data Release 3 (DR3), complemented by near-infrared data from the Vista Variables in the Via Lactea Survey (VVV) and the Two-Micron All-Sky Survey (2MASS).  The technique used was based on Gaussian mixture models and unsupervised machine-learning methods, which allowed us to identify the members of each cluster.  We first performed a reanalysis of the membership in a previous study made by Peña Ramírez et al., in order to reproduce results and confirm adequate performance of the computer code used in our study.  Alterations were then made to portions of code to broaden the extent of their collective cluster-cataloging ability.  This approach to cluster-member selection allows for a large-scale evaluation of the Galactic plane, serving as a valuable tool for assessing cluster populations and testing of stellar evolutionary models.