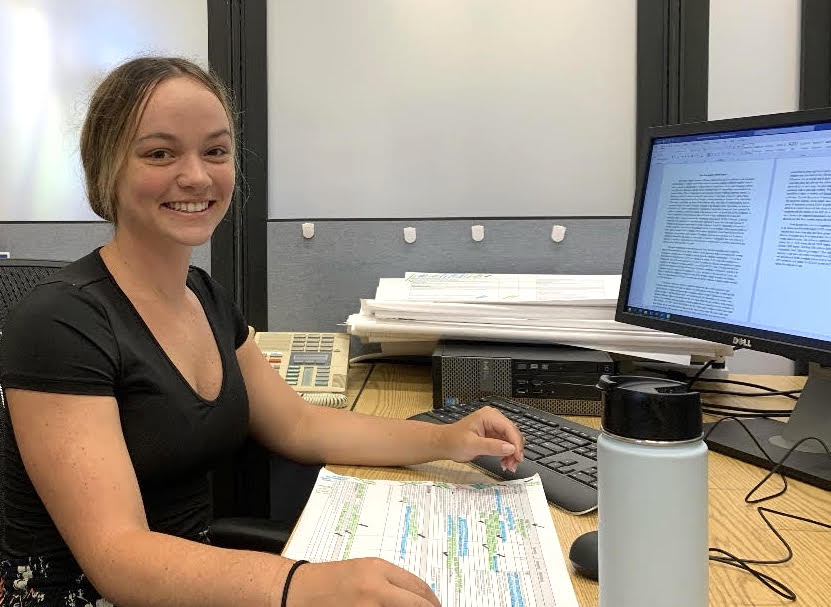 Jenna was born and raised in Kamuela on the island of Hawaii where she graduated from Hawaii Preparatory Academy in 2020. She is currently attending Washington University in St. Louis where she is pursing a B.S. degree in Chemical Engineering with a minor in Energy Engineering. While in St. Louis, Jenna works as a peer tutor for the McKelvey School of Engineering and competes on the University’s powerlifting team. In her free time, she loves hiking and exploring the outdoors. She is very interested in the field of renewable energy and hopes to work in this industry after college.

The Natural Energy Laboratory of Hawaii Authority (NELHA) currently operates a 24/7/365 seawater pumping system that supplies pristine deep and surface seawater to approximately 55 clients within the Hawaii Ocean Science and Technology (HOST) Park. The goal of this project is to identify small system changes that can be implemented routinely to eventually create lasting change pertaining to the reliability and readiness of the seawater pumping system. An initial list of vulnerabilities pertaining to the pumping network was created through collaboration with the NELHA operations team. Using the system’s data collection and modeling software, SCADA, I was able to familiarize myself with the system using fluid dynamics concepts such as the pressure differences across the system.  The vulnerabilities were then organized into five categories (pump system, sump system, electrical system, distribution system, and general) and given a frequency and severity score depending on the nature of the vulnerability. The identified vulnerabilities were then investigated further by utilizing NELHA’s purchasing history, conducting on-site inspections of portions of the pumping system, and researching the mechanics of the pump parts.  Using this information, we identified that the greatest risks within the system are the water quality, the potential for a localized grid outage, dependency on singular people for repair or installation procedures, and the lack of safety requirements for an open sump. A detailed list of action items and workarounds that would help the pumping system were summarized in a risk assessment containing a risk matrix, and a table containing recommended solutions for each vulnerability and the cost and time estimate that is associated with that project. From our findings, it is suggested that the electrical system for the Farm Compound and Research Campus should be reconstructed and combined. It was also advised that cross training workshops should occur regularly for critical tasks, and an SOP for an open sump should be created.