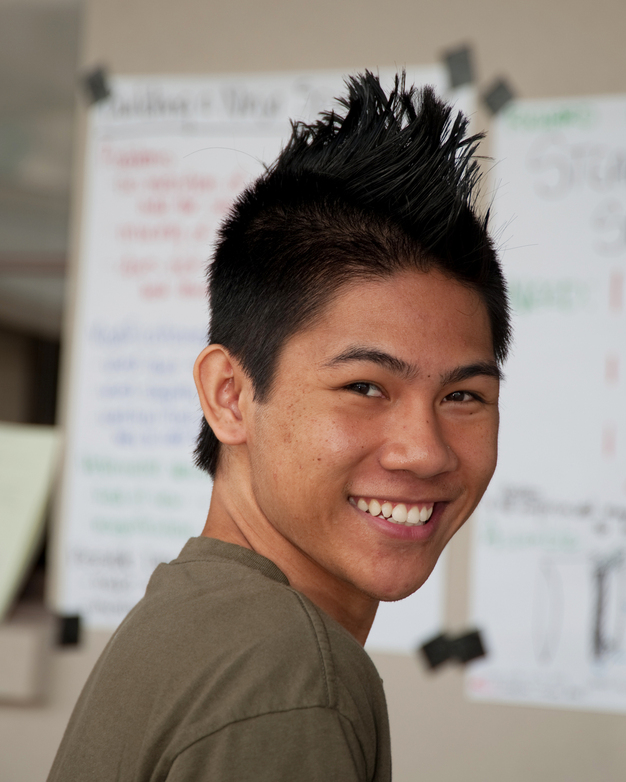 Jermaine Vitales has just finished his freshman year in the Information Technology program at Hawaii Community College.  He was born in the Philippines, moved to Hawaii when he was six years old, and was raised in the town of Waimea on the Big Island.  He plans to go to the University of Hawaii at Hilo and earn a B.S. degree in Computer Science. He enjoys the simple things in life, like spending time with his family and friends, listening to music, and occasionally singing in the shower.

In order for any organization to perform efficiently, its computer systems need to be configured correctly and operate effectively.  To pursue such a task, operating systems and program applications must be properly selected and configured to the benefit of the intended users.  This became the predominant focus of my project: optimizing computer systems and program applications configuration.  I started with a Sun Microsystems server computer running under Solaris 8, a Unix operating system.  I set up the server computer and properly connected it to the Institute for Astronomy (IfA) network.  On the Sun server, I installed and configured a Web server called Apache, a server application that allows files to be accessed via an Internet browser.  Using Apache, I was then able to install and configure an application called iOffice on the server.  This application is a group-oriented suite used to increase cooperative productivity in a group atmosphere.  iOffice allows groups to work together effectively and includes features like schedule planning, to-do lists, discussion boards, and project management tools to facilitate progress in the work environment.  Installing software applications often requires more than simply copying files — in most cases, it was necessary to install and configure multiple files in order to enable certain program functionalities, or to use compilers to translate the written code into an executable program file.  I also edited configuration files to allow access to particular data or resources, while I set other restrictions as a security measure to prevent unauthorized change of system and program configuration.  All of these techniques were incorporated in my project to create a more effective and efficient computer system for the IfA.